Sony Pictures may have found an interesting loophole for their Spider-Man movie rights, after the company’s higher-ups appear to have pressured them into making a deal with Marvel Studios to share them. The studio has just announced an all-new animated Spider-Man feature film, which will mark the first of its kind, not just for Spidey, but for pretty well any established superhero on the big screen! 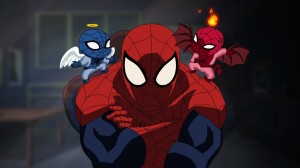 This movie project was initially part of the string of leaked E-mails from the infamous Sony Pictures hack from late last year, previously tipping off the public to its existence. This is the first we’ve heard of the studio officially going ahead with the idea though.

Sony has also confirmed that their 21/22 Jump Street duo, Phil Lord and Christopher Miller, who are also well-known for their work on last year’s mega-hit animated movie, The LEGO Movie, will be lead producers of the new animated Spider-Man movie, and will also be writing the initial story treatment. Interestingly, this doesn’t appear to have ruffled any feathers over at Marvel’s competitor, DC, despite Lord and Miller also being hired by Warner Bros. to write the story treatment for the DC Cinematic Universe’s movie version of The Flash, starring Ezra Miller. and set to release on March 23rd, 2018. 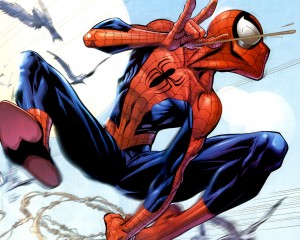 No story, character or actor details are currently known about the untitled animated Spider-Man movie, which will presumably be more comedic in nature than the more serious and dramatic live-action movies. Sony has however already set a release date for the movie, booking it for a release on July 20th, 2018. This means that it will be sharing a Summer with two other confirmed Marvel projects that actually will be set in the Marvel Cinematic Universe, Avengers: Infinity War – Part I on May 4th, 2018, and Black Panther on July 6th, 2018, as well as DC’s competing Aquaman movie, opening just a week later, on July 27th, 2018.

Keep slinging Eggplante for all news and updates on the Spider-Man movies, and other big Marvel movie projects.