Looks like a recurring actor on The CW’s highly successful drama series, The Flash may have let slip some top secret info not only about his own series, but about the future of the network’s shared DC Television Universe at large! While at Cape Comic Con in Missouri, John Wesley Shipp, who plays the title character’s father, Henry Allen on The Flash, and formerly portrayed The Flash himself in the short-lived 1990 series of the same name, apparently spilled the beans about future television projects that will soon be sharing a universe with The Flash and Arrow. 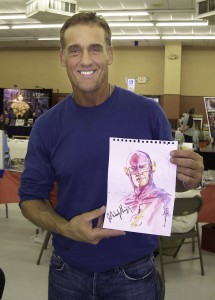 Bear in mind that none of Shipp’s claims have been confirmed by The CW, Warner Bros. Television, nor DC at this time, especially since one of them contradicts a former statement made by CBS chairman, Nina Tassler at this year’s TCA back in January. You can probably guess which one we mean.

Yes, among the many things that Shipp blabbed, one of them was the claim that the upcoming TV series, Supergirl, which will begin airing on CBS this Fall, will indeed share a universe with The Flash and Arrow, and it just hasn’t been made public by the network. Since CBS co-owns The CW with Warner Bros., and Supergirl shares producers with both The Flash and Arrow, this is indeed a possibility, though it’s also possible that Shipp may be mistaken. It seems a bit odd that he would be privy to that info, given that Henry Allen’s role probably has no connection to Supergirl, but hey, maybe it’s true. For now though, take it with a grain of salt.

More likely is Shipp knowing a bit about the upcoming team-up series that is in development, and is already confirmed to be amassing supporting heroes from The Flash and Arrow, as well as introducing all-new live-action incarnations of DC heroes such as Hawkgirl and Rip Hunter. According to Shipp, the series has already been picked up for a 13-episode order, which would line up with prior reports that The CW is planning it for midseason in 2016. Shipp also claims that the show will be called ‘Legends‘, which was the name of an ensemble DC Comics series in the late 80’s. It’s possible that this may be a working title, so the show’s name may change by the time it hits the airwaves. More interesting however is that it was introduced immediately after the Crisis on Infinite Earths event that DC Comics launched in the mid-80’s, an event that was foreshadowed on The Flash in Harrison Wells’ future newspaper. That’s very interesting… 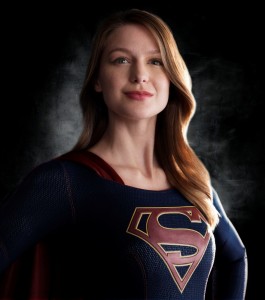 One last bit of info came from Shipp answering a fan question, asking whether Barry’s grandson, Bart Allen, who is the fourth incarnation of The Flash, and has also operated under the monikers of Kid Flash and Impulse, could be featured on The Flash at some point. The CW formerly featured the Bart Allen incarnation of Impulse as a stand-in for The Flash on their former Superman prequel series, Smallville, though Barry Allen didn’t seem to exist in the Smallville universe. Shipp answered by saying that the showrunners have discussed it, among many other things, so Bart Allen is not out of bounds. We could very well see him on the series sooner rather than later.

Once again, please note that this information is not corroborated by The CW, CBS, Warner Bros. or DC at the time of writing. Still, if it’s true, it looks like the DC Television Universe is certainly showing no signs of slowing down, and the fact that Legends, or whatever it ends up being called, has already been given the green light is definitely cause for excitement.

Keep dashing to Eggplante for all news and updates on the DC Television Universe.