As if Telltale doesn’t have enough projects on the go already, the highly acclaimed developer of The Walking Dead: A Telltale Game Series and The Wolf Among Us has inked a deal with yet another media powerhouse. This time, they’re going bigger than ever, with Telltale inking a deal with Marvel to produce an all-new episodic game series inspired by the Marvel Universe. 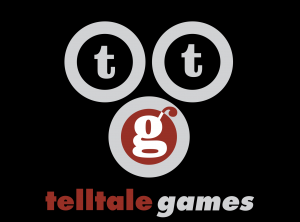 The mystery game is planned to debut in 2017, with no other details confirmed beyond the release year. The game in question is planned for both PC and consoles, with the exact console platforms not specified, nor any potential release on mobile or dedicated gaming handhelds. If Telltale’s recent platform history is any indication, the game will probably come to at least PC, Mac, PlayStation 4 and Xbox One, with iOS and Android ports being likely for a later confirmation, and Xbox 360 and PlayStation 3 versions likely depending on the waning viability of the last-gen consoles as of 2017.

This game could be any number of things from Marvel’s wide stable of IP’s and characters, though given that Telltale has largely forged their own stories in otherwise established universes, through lesser or all-new character perspectives, it’s probable that the mystery game will utilize a lesser-known Marvel property, not something big like The Avengers. One particular left-field guess from us is that the Telltale game could be set in the Marvel Cinematic Universe shared by Marvel’s in-house live-action movies and shows, and could be something like the stalled Runaways adaptation, a planned movie about a group of children birthed by super-villains who go on the run, which has currently ended up in development hell. That’s unlikely, but not impossible.

Regardless, Marvel has stated that they want the game to be, “Sexy”, saying that it’s worthless if it doesn’t turn heads. This would also seem to suggest that the game is a virtually unknown property from Marvel’s history, since utilizing brands like Spider-Man, X-Men, Iron Man, Captain America, The Avengers, Daredevil or Guardians of the Galaxy, among other things, no doubt wouldn’t have any issues turning heads, given Marvel Studios’ recent high-profile successes with those brands. Unfortunately, we’ll just have to wait and see what Marvel and Telltale are cooking up.

Telltale currently has two episodic games on the go, between Tales from the Borderlands, and Game of Thrones: A Telltale Game Series. They are also planning to debut a third episodic game series in 2015, Minecraft: Story Mode, with The Walking Dead: Season Three confirmed to launch at some point afterward, likely in 2016.

Keep assembling Eggplante for all high-profile project updates from both Telltale and Marvel.