The direction of next year’s sequel to last year’s Teenage Mutant Ninja Turtles reboot movie is gradually starting to come to light. Another big bit of casting has officially been made for the movie, with Tyler Perry snagging the role of antagonistic scientist, Baxter Stockman in the sequel. It would appear then that Stockman will be one of the movie’s main villains. 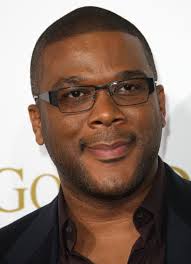 Perry is best known for his comedic role as drag character, Madea, though has dabbled in dramas as well, most recently in movies like Gone Girl and Alex Cross. He is an accomplished director, producer and writer on top of being an actor, making him quite the noteworthy name to add to Teenage Mutant Ninja Turtles 2.

Baxter Stockman is one of the Turtles’ most frequently recurring foes, being a brilliant scientist that often uses his creations for evil ends. He often works in service to Turtles arch-nemesis, The Shredder, and is the inventor of a legion of Turtle-hunting robots called Mousers in the franchise lore. Stockman also infamously transforms himself into a mutated fly form at set points in various Teenage Mutant Ninja Turtles canon, giving him enhanced strength and flight capabilities, and allowing him to more directly engage in combat with the Turtles, relying less on his inventions in the process.

Surprisingly, Stockman had a bit cameo in the first Teenage Mutant Ninja Turtles reboot movie last year, where he briefly appeared alongside William Fichtner’s character, Eric Sachs. portrayed very briefly by K. Todd Freeman. The cameo went unnoticed by most fans, as it was very subtle, with Megan Fox even having to point it out during a recent interview, as a setup for the upcoming sequel.

Though we know that both Eric Sachs and The Shredder will return as villains in the second movie, the presence of Stockman will no doubt heat up rumours that mutant goons, Bebop and Rocksteady may also appear as antagonists in the movie, likely as mutations that Stockman organizes. Both Bebop and Rocksteady originally had roles planned for the first movie, though they ended up being written out to be saved for the sequel. Stockman filling a key villain role will also no doubt eliminate the speculation that alien brain menace, Krang will be a villain in the second movie, as an arc with both Stockman and Krang would no doubt feel over-crowded for just one movie.

Tyler Perry joins Megan Fox, Will Arnett and William Fichtner, as April O’Neil, Vernon Fenwick and Eric Sachs, respectively, all reprising their roles from the first movie, alongside the Turtles’ and Splinter’s mo-cap actors. Arrow star, Stephen Amell was also recently cast as vigilante, Casey Jones for the sequel. Earth to Echo director, David Green will take over for Jonathan Liebesman as the movie’s helmer, with Michael Bay once again producing via his Platinum Dunes outfit.

Keep boarding to Eggplante for all news and updates on the Teenage Mutant Ninja Turtles movies.