Another third-party publisher is officially hosting a dedicated E3 press conference at this year’s expo. Following in the footsteps of The Elder Scrolls and Fallout publisher, Bethesda planning to host an E3 conference for the first time this June, a Japanese publisher is now throwing their hat in the ring, with Square Enix revealing that they too will be hosting their own pre-E3 press conference, also for the first time. This will now make them the fourth third- 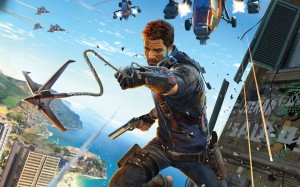 party publisher that will host their own press conference at E3 2015, along with the traditional EA and Ubisoft conferences, and now the new conference being hosted by Bethesda.

This announcement makes Square Enix the only other Japan-based game maker to host a dedicated press conference at E3 2015, besides Sony, after Nintendo has recently opted not to hold press conferences at the expo proper, instead presumably hosting a digital broadcast keynote once again this year. Another Japanese publisher, Konami used to hold press conferences in recent years, both live and digital, before each E3 iteration, though Konami has since stopped hosting E3 presentations of any kind since a couple of years ago. Sega also used to host E3 presentations back when they made consoles, though obviously hasn’t done so since.

Given Square Enix’s especially busy upcoming slate of games across all arms of the industry at present, it’s small wonder that the publisher would step up with a dedicated E3 keynote to give them all adequate attention. High-profile Western-made offerings like Rise of the Tomb Raider, Just Cause 3 and Deus Ex: Mankind Divided are bound to be featured, with Japanese projects like Final Fantasy XV, Kingdom Hearts III and Star Ocean: Integrity and Faithlessness hopefully getting some good attention as well. 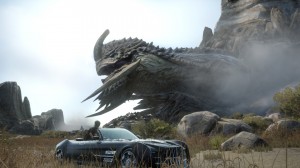 Square Enix isn’t currently divulging exactly which games will be discussed at the keynote, naturally, especially since some surprise game announcements will hopefully be part of it, as the keynote will address games coming out, “In 2015 and beyond”, according to the Final Fantasy maker. They did however confirm that the keynote will be held on Tuesday, June 16th, at 9:00 A.M. PT, 12:00 P.M. ET, placing it two days after Bethesda’s all-new E3 conference, which will take place on Sunday, June 14th, at 7:00 P.M. PT, 10:00 P.M. ET. The expected conferences from Microsoft, EA, Ubisoft and Sony don’t currently have dates or times set, nor does Nintendo’s presumed digital keynote. If past years are any indication however, we can probably expect Microsoft, EA, Ubisoft and Sony to all present throughout Monday, June 15th, with Nintendo likely hosting their keynote about two or three hours after Square Enix’s, on the 16th.

Regardless of what Square Enix delivers, we will be present at E3 2015, and we will surely bring you all of the hottest news out of he expo’s game reveals, and more!