Marvel has strangely tip-toed around the identity of Daniel Bruhl’s villain in next year’s blockbuster Marvel Studios movie, Captain America: Civil War. Even after Variety appeared to break the news of who Bruhl was playing, Marvel was mum. Finally however, Bruhl set the record straight. As widely speculated, and confirmed by Variety, he will indeed be playing Marvel villain, Baron Zemo in the upcoming Captain America movie.

Ah, but there’s a twist that even Variety didn’t account for though! Bruhl clarified that he wasn’t playing the original Baron Heinrich Zemo. Instead, he will portray the second Baron Zemo, Helmut Zemo, the son of Heinrich. Given that Helmut is artificially enhanced after falling into daddy’s special batch of Adhesive X chemicals, this would appear to suggest that Zemo will be more than a skilled fighter and conspirator in Captain America: Civil War, and will be a genuine super-powered threat for Cap and/or Iron Man.

Helmut Zemo is also known for allying with both Arnim Zola and Batroc the Leaper, two villains that made appearances, however brief, in last year’s previous movie, Captain America: The Winter Soldier. Given that both characters apparently survived, even if Zola currently exists as an A.I. program that can be easily duplicated, does this mean Zemo’s comic book allegiances will come into play for Captain America: Civil War? 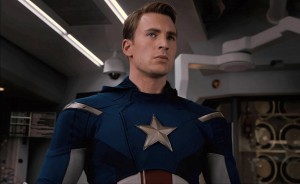 adwick Boseman will also be making his Marvel Cinematic Universe debut as T’Challa/Black Panther in the movie, before spinning off into his own solo flick in 2018. The new MCU Spider-Man, who has yet to be cast, will also be debuting in Captain America: Civil War, according to multiple sources.

Keep warring on Eggplante for all news and updates on Captain America: Civil War, and other Marvel Cinematic Universe projects.