Also developed however is DNI (Direct Neural Interface). which gives soldiers complete control over their physiologies like never before, turning them into living weapons. DNI not only allows soldiers greatly enhanced mobility, but also enhanced cybernetic limps that can directly interface with computer systems. This makes communication and co-ordination faster than ever before. 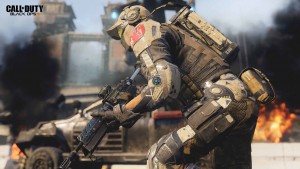 Both the campaign and multiplayer build on these ideas in separate fashions. To start however, let’s outline the campaign.

Naturally, Activision didn’t outline too much of the story, and only set enough of a foundation to build curiosity for the inevitable Call of Duty: Black Ops III showcase at E3 2015. At the start of the game, a Black Ops team is sent to Singapore under CIA jurisdiction. Afterward however, contact is lost for the first time in military history, and what follows is an enormous leak of military intelligence. That’s about it for the plot, and the campaign starts from there.

Gameplay-wise, Call of Duty: Black Ops III will be adding Cyber Cores to campaign sessions, which will give players enhanced capabilities, like the ability to instantly immolate a target. Think Plasmids or Tonics from the BioShock games, and you should get the idea. Likewise, the campaign will fully support four-player co-op, which the campaign is apparently largely built around. To emphasize play with four players, campaign sections are larger, enemies are more plentiful, and co-op players are able to ‘tag’ enemies for their allies. Don’t despair if you’re playing the campaign solo though. There are specialized paths for solo players to take as they navigate, allowing them to get better, more precise beads on enemies. 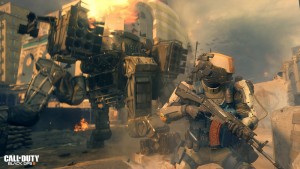 Call of Duty: Black Ops III will also be eliminating the generic soldier multiplayer avatars from prior Call of Duty games, and will instead be offering multiple named specialists. Only four of them were revealed to start, with these consisting of the aggressive male soldier, Ruin, the precision-focused female soldier, Seraph, another female soldier with a tech focus called Outrider, and a trick-like robot soldier called Reaper. Each specialist has a unique weapon or power, with players having to choose one or the other for their multiplayer loadout before a match. These are unlocked similar to Killstreak rewards from prior Call of Duty games. You also can’t change your loadout mid-match in Call of Duty: Black Ops III, so choose your abilities carefully!

As for the expected Zombies mode, Treyarch confirmed that Call of Duty: Black Ops III will have Zombies, as per their tradition. They didn’t elaborate however, merely saying that Zombies will be going bigger than ever before, complete with its own story and a full progression system based around earning EXP. It looks like we’ll have to wait for details, and that’s too bad. 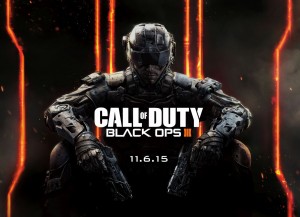 In one last bit of exciting news for the game however, Treyarch confirmed that an online multiplayer beta will be held for Call of Duty: Black Ops III, the first time in the series’ history since 2008’s Call of Duty: World at War. Anyone who pre-orders the game on any platform, by any means, will gain access to this beta on their platform of choice, with the beta currently not having a date yet, though it will likely be held some time in the Summer. Those pre-ordering a physical copy of Call of Duty: Black Ops III at Gamestop will also receive a double-sided poster that is only offered at that particular retailer, even if the beta invite will be offered by all retailers and digital storefronts.

Call of Duty: Black Ops III is now available to pre-order on all three platforms, both at retail and digitally. It will release on November 6th of this year.

Keep targeting Eggplante for all news and updates on Call of Duty.