If you’ve been keeping up with the Kickstarter updates of spiritual Mega Man successor, Mighty No. 9, you might have noticed that April is almost over, and the game still hasn’t launched for its planned April 2015 window. Well, it turns out that the game has actually been pushed to September. Don’t fret though! It now has a solid release date, and even more good news from there. 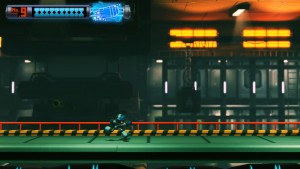 Mighty No. 9 will officially release in North America on September 15th, following in international territories such as Europe and Japan on September 18th. This applies to almost all versions of the game, which is set to come to just about every current gaming platform under the sun, save for the portable Nintendo 3DS and PlayStation Vita ports, which will arrive some time later.

Better still however is that developer, Comcept has just struck a publishing deal with Saints Row and Dead Island publisher, Deep Silver. This will allow Mighty No. 9 to release at retail, as well as digitally, with the retail versions likely being priced a bit higher, but they will be sold with a free DLC pack, the Ray Pack, one that must be bought separately if the game is digitally downloaded. Those that backed the game’s Kickstarter however will still receive the Ray Pack DLC for free. It will add a new stage that culminates in a boss fight with the titular Ray, the rival of robot protagonist, Beck. If the player defeats Ray, they will unlock the ability to play as Ray in the main game to boot!

Comcept also claims that, on top of English voiceovers, French and Japanese voiceovers have now been added to the game as a way of taking advantage of the delay. Other languages, from Spanish to Brazilian Portugese to Polish to German to Italian, will merely have subtitles however, along with English, French and Japanese subtitle options. 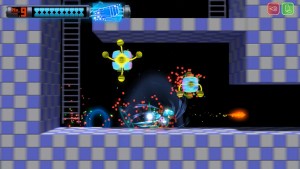 It’s probable that the deal with Deep Silver to bring Mighty No. 9 to retail is the main contributing factor behind the game’s delay out of April. Even then, the retail builds will only be for current-gen consoles, namely the PlayStation 4, Xbox One and Wii U. The PC, Mac and Linux versions will only be made available digitally, as will the last-gen Xbox 360 and PlayStation 3 versions, and the still-dateless Nintendo 3DS and PlayStation Vita versions.