DC is very aggressively taking over the primetime network television space lately, and FOX has officially picked up yet another DC Comics-inspired series to go alongside Gotham. After ordering a pilot earlier in the year, FOX has now confirmed that they have ordered Lucifer to series. 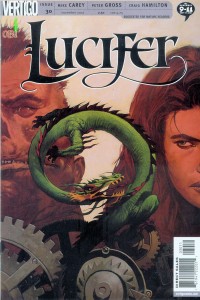 Lucifer was published under DC’s Vertigo imprint of graphic novels, meaning that it doesn’t take place in the mainline DC Universe shared by Superman, Batman, The Flash, and other DC superheroes. This makes it the second Vertigo-inspired comic series to go to television, after The CW’s surprise hit series, iZombie debuted this past March, and did very well, securing its recent renewal for Season Two.

Lucifer started as a Vertigo comic book spin-off to Neil Gaiman’s highly celebrated graphic novel, The Sandman, also published under the Vertigo label, starring Gaiman’s colourful re-interpretation of The Devil. In the comic and the TV series, Lucifer becomes bored as the ruler of Hell, and resigns his underworld throne to open a ritzy piano bar in Los Angeles, called Lux. The TV series will see him also become involved in the human underworld, getting kicks from helping the LAPD punish criminals.

Naturally, the TV series will be self-contained, as with the comic book, not sharing any continuity with prior DC media. Despite primarily being a Vertigo character however, Lucifer has made cameos in a handful of DC comic books, suggesting that he is active somewhere in the DC Universe. His most infamous turn in DC lore was when Superman briefly served as Lucifer’s successor as ruler of Hell. It’s probably best not to hold out for that story element in the TV series though.

Lucifer is the third new DC Comics-inspired primetime TV series to be greenlit for next season, following the full Fall series order that CBS recently gave Supergirl, and yet another spin-off of Arrow and The Flash being picked up by The CW, called Legends of Tomorrow. At least two other DC Comics-related shows remain in development, one being Krypton, a distant Superman prequel set up at Syfy, and one being Titans at TNT, a live-action adaptation of the beloved Teen Titans comic books, with word still not yet coming as to whether these shows are moving ahead or not. TNT has at least ordered a pilot for Titans however. 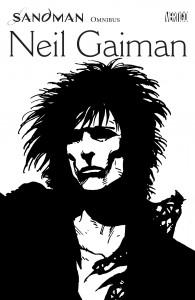 FOX will be issuing word on Monday about where Lucifer will be placed in their schedule. Its pick-up was confirmed alongside a Mary Shelley-inspired drama series, Code of Frankenstein, as well as a TV adaptation of beloved sci-fi movie, Minority Report. Lucifer will also be joining a confirmed second season of Gotham, FOX’s veteran DC-inspired series that recently wrapped its first season.

Keep classing up Eggplante for all news and updates on Lucifer, along with other DC television projects.