In case Hugh Jackman’s Instagram post wasn’t clear, despite, you know, being pretty direct, Jackman has now delivered the news from his own lips on Dr. Oz. He’s hanging up his adamantium claws as beloved movie mutant, Wolverine after 2017’s currently-untitled third Wolverine movie.

“It’s my last time” Jackman bluntly states, addressing his future as the immortal mutant. “I kind of have in my head what we’re going to do in this last one. It just feels like this is the perfect place to go out.”

Sounds like Jackman has made up his mind. This certainly begs the question of 20th Century Fox’s new plan for their highly successful series of X-Men movies, which Jackman largely served as the face and connective tissue of. Never was this more apparent than in last year’s mega-hit blockbuster, X-Men: Days of Future Past, where Jackman’s Wolverine ended up having to bridge two generations of mutants in order to save the future of humanity and mutantkind alike.

Naturally, this also begs the question of whether Jackman’s Wolverine will be killed off at the end of his final bow in the 2017 standalone Wolverine threequel. Wolverine just recently bit the dust in Marvel Comics, so it’s not unfeasible to finally end Logan’s eternity in the movies, even though Wolverine is bound to keep coming back in some shape or form throughout other Marvel media.

Hugh Jackman got his shot to Hollywood fame when he was first cast as Wolverine for the original X-Men movie from 2000, initially to negative reaction from fans, before the movie came out and Jackman easily won over the Marvel faithful. He has since appeared in some capacity in every installment of the X-Men movie series since, on top of currently having two movies centered entirely on Wolverine, sans X-Men. The jury is still out on whether Jackman’s Wolverine will end up making a cameo in any of the three X-Men film universe-set movies planned for next year, namely Deadpool, X-Men: Apocalypse and Gambit. After the third and presumably final Wolverine movie of 2017 however, Jackman will be retiring the role that made him more than a stage sensation. 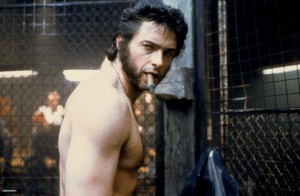 What do you think? Would you prefer that Jackman’s Wolverine was left alone after the role is retired, or would you eventually like to see someone else take up the claws on the big screen? As usual, your comments are welcome below.

Keep raging at Eggplante for all news and updates on the X-Men movies.