DC Comics-inspired shows may be riding high on other networks, especially parent company, Warner Bros.’ own The CW, but one has unfortunately failed to inspire its network to let it carry on. Yes, after a long and brutal struggle by the fans and the showrunners, NBC has opted not to renew Constantine for Season Two. 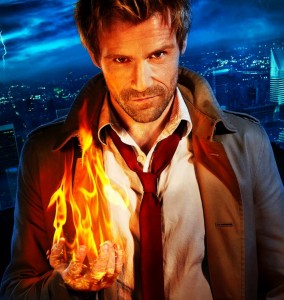 This comes as quite a shame, given the fact that Constantine is the only DC Comics-inspired show of the season to struggle for ratings, ultimately being a lacklustre programming follow-up to the higher-rated Grimm. Even as NBC shifted the show to a new 8:00 timeslot, and made the entire first season free to view on their website, it doesn’t seem like there was enough interest in continuing the adventures of the Master of the Dark Arts for the network. Making matters worse is the fact that Constantine has now ended on an unresolved cliffhanger, with its season finale dropping a big twist before abruptly concluding, now with no Season Two renewal.

Fortunately, all is not quite lost yet however. Showrunner, Daniel Cerone has taken to Twitter to confirm the cancellation by NBC, though says that fans should keep streaming and generating numbers. Warner Bros. and DC have not given up on the show yet, and are indeed shopping it to other networks at this time. Rumour claimed that Syfy was interested in picking up the series if NBC ended up passing on Season Two, though it seems like Warner Bros. Television is entertaining several networks in an effort to try and find Constantine a new home.

Apparently, Warner Bros. Television is also looking for a new home for another of their struggling shows, The Following, which, after three seasons, has now been cancelled by FOX. Hopefully, both of these shows will find new homes before winding up completely dead. 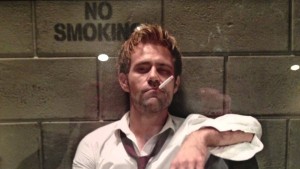 If you’re pulling for Matt Ryan’s loveable dabbler in sorcery and shadows, then there is hope. Pray that Heaven has not forsaken Constantine in the end, and will give him a new lease on life somewhere else. For now though, keep conjuring Eggplante for all news and updates on Constantine, and other DC television projects.