UPDATE: After initially revealing the game, Ubisoft has announced a Collector’s Edition, along with a Gold Edition, which will bundle the game with its Season Pass, and will retail for $119.99 CDN. The Collector’s Edition will include the Season Pass, a 9-inch Jacob figure, an art book, a poster of the game’s London setting, the game soundtrack, and the Darwin and Dickens bonus mission that is awarded for pre-ordering the game. Avid fans will also be able to pre-order life-size replicas of Jacob’s hidden blade and gauntlet, as well as a 36-inch cane sword.

While it was already leaked at the start of the year as ‘Assassin’s Creed: Victory‘, and several marketing assets slipped out online before the official announcement, Ubisoft has now formally announced Assassin’s Creed: Syndicate, their new mainline game release in the Assassin’s Creed series for 2015. 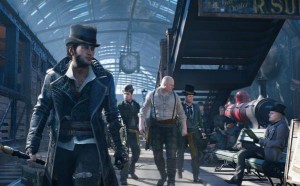 During a lengthy reveal event today, Ubisoft unveiled a ton of new details about what to expect from this year’s entry in their highly acclaimed stealth-action series. They also delivered two separate trailers, one revealing the new setting of the game, and another showcasing one of its protagonists.

Yes, one of them. As rumoured, Assassin’s Creed: Syndicate boasts both a male and female protagonist, the siblings, Jacob and Evie Frye. Jacob was the character showcased, while Ubisoft promises that more details on Evie will be revealed later in the Summer, no doubt at E3 or Gamescom.

Jacob immediately stands apart from former series protagonists, as he wears a top hat, as was fashionable in the game’s Victorian London setting of 1868. Jacob will still don the trademark assassin hood, as both he and his sister were trained as assassins from a young age, but only during missions. Otherwise, he keeps the classy top hat.

Jacob is also packing a variety of tools, which were showcased during the game’s second trailer, which specifically spotlighted him. He still has the trademark hidden blade of the assassins, but also packs hallucinogenic darts in his gauntlet, as well as a grappling hook that we’ll get to in a bit. Beyond that however, Jacob wields a Kukri, a curved Middle-eastern blade that easily cuts through flesh and bone, which can apparently be used both as a melee weapon and as a projectile. He can also brandish a revolver for long-range combat. Lastly, Jacob also packs some hearty brass knuckles, which as the trailer suggests, are for when a simple punch in the face just isn’t enough. Even amongst previous assassins, Jacob is truly armed to the teeth in Assassin’s Creed: Syndicate!

It’s presumed that Evie will have some of her own unique traits and capabilities, with at least her own Skill Tree confirmed so far, though we’ll have to wait for further information. Still, primary developer, Ubisoft Quebec has emphasized that Evie’s presence is noteworthy, not just because she’s a female lead, but also because, as was true to history, Victorian London has plenty of female crime lords for our heroes to square off against. One example given was Bloody Nora, a female Templar that is also a borough leader, one who has a vendetta against the Frye siblings.

Ubisoft Quebec also stressed that they made Jacob and Evie siblings instead of lovers, since they felt that a love story would detract from the narrative. That’s probably a good plan, given the turbulent, ominous tone of a setting like Victorian London.

Those worried about Assassin’s Creed: Syndicate being another design sidestep after the omission of things like naval combat in last year’s infamously broken Assassin’s Creed: Unity can rest easy as well. Assassin’s Creed: Syndicate is taking a few pages from other successful open-world games, and has been in development for years. It will introduce a grappling hook that will allow players to more easily launch and navigate their way through London, in what is clearly inspired by the Batman: Arkham games, for starters. 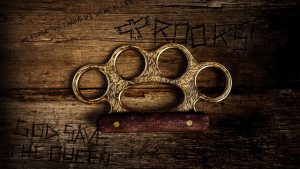 More noteworthy however is the all-new addition of vehicles, which players will be able to hijack, drive, and even stuff hostages into! You have to obey the rules of the road however, namely keeping to the left and not dashing recklessly, lest the police come after you, a la Grand Theft Auto or Saints Row.

You can however use carriages for more than just driving! You can fight on top of them, as a leaked internal trailer suggested, can leap between multiple carriages to escape pursuers, and can even intentionally crash them to launch yourself into the air, giving you a boost when you need to quickly grapple away and escape! The A.I. of NPC’s has also been overhauled, so that they now react realistically to your vehicle, gasping when you drive recklessly, and jumping out of the way if you’re about to run into them.

In case you did miss some of the multiplayer elements from former games however, Ubisoft Quebec has some news for you, even if it may be good news to those who prefer to play this series solo; Assassin’s Creed: Syndicate will have no multiplayer whatsoever, and will be a single-player-only game, in an effort to return to the series’ original breakout hit’s roots, that being 2009’s Assassin’s Creed II.

This means that the four-player co-op gameplay of Assassin’s Creed: Unity is now gone in Assassin’s Creed: Syndicate, as is the competitive multiplayer arena that’s been a part of the mainline series from Assassin’s Creed: Brotherhood in 2010. This may disappoint those who enjoyed the series’ innovative multiplayer suite, but again, this should prove to be great news for those who don’t care for it, as it means that more resources have been focused into the story and gameplay mechanics of the sole single-player element of the game. This should also be a way for Ubisoft Quebec to avoid the infamous framerate issues and bugs that caused Assassin’s Creed: Unity to be ill-received by fans and critics, since its launch last November. 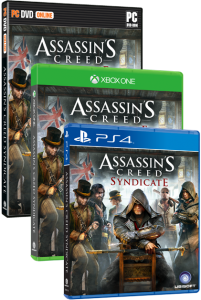 As was previously reported, Assassin’s Creed: Syndicate is skipping last-gen consoles, so this would seem to be the point where the mainline series officially abandons the aged Xbox 360 and PlayStation 3 hardware. Assassin’s Creed: Syndicate will be released for PlayStation 4 and Xbox One, on October 23rd of this year. A PC version is planned for release before the end of 2015, though it won’t arrive until after the console versions at this point. Naturally, it’s already up for pre-order on all three platforms, across various retailers. Apparently, pre-ordering will score you an exclusive Darwin and Dickens mission pack.

We’ll be keeping an eye on the development of Assassin’s Creed: Syndicate, so keep sneaking to Eggplante for all news and updates on the game, and the Assassin’s Creed series at large.