PC gamers are going to be waiting a bit longer for the infamously wallet-busting annual Steam Summer Sale, but if they want to start getting themselves into debt early, CD Projekt Red’s competing storefront, GOG, has now begun its own Summer Sale 2015 as of today! The sale will run until June 21st. 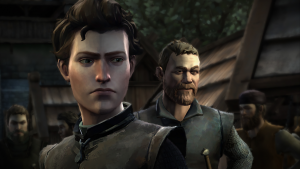 GOG will be cycling out new bundle deals every day, along with drastically reduced prices on random games every few hours. To start, the storefront has discounted the brand new release of CD Projekt Red’s own The Witcher 3: Wild Hunt, which is now just over $40. The former The Witcher games are also being made available for a couple of bucks each, if even that. Other big PC releases kicking off the heavy discounts include Jade Empire: Special Edition, Game of Thrones: A Telltale Game Series – Complete Season, and Double Fine’s brand new strategy game, Massive Chalice. The first bundles to kick off the sale include a LucasArts adventure bundle, a Dungeons & Dragons bundle, a Heroes of Might and Magic bundle, and a S.T.A.L.K.E.R. bundle.

Speaking of S.T.A.L.K.E.R., S.T.A.L.K.E.R.: Clear Sky is among a trio of prizes that will be awarded for free to spenders on GOG, depending on how much they buy from the Summer Sale. Anyone who spends so much as a single dollar will score a free copy of SimCity 2000: Special Edition. Putting down a combined $20 will get you the aforementioned S.T.A.L.K.E.R.: Clear Sky. Finally, if you spend a grand total of $50, you’ll get Xenonauts. Not bad!

As usual with GOG, which can be accessed by visiting and making an account on the website, gog.com, any and all games downloaded from the storefront are completely 100% DRM-free! GOG’s emphasis on strictly abolishing DRM has made them one of the most beloved rivals to high-profile PC gaming storefronts like Steam, UPlay and Origin, as has their more effective preservation of retro PC titles, hence ‘GOG’ standing for, “Good Old Games.” CD Projekt Red kicking off the sale by discounting their own brand new RPG blockbuster is also quite generous, which actually happens to contain a tongue-in-cheek plug for GOG as an Easter Egg within it, along with a predictable jab at the futility of DRM as well. 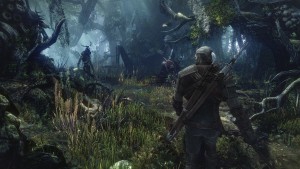 Are you planning to pick up anything at the GOG Summer Sale 2015? Have you even used GOG before? Are you strictly holding out for the Steam Summer Sale 2015? Do you even care about gaming on a PC, or are you shrugging due to your love of consoles? As usual, your comments are welcome below.

Keep booting up Eggplante for all news and updates on high-profile PC gaming incentives.