NOTE: Full spoilers for this episode of Game of Thrones, including a major character death, are present in this review

Well, to borrow a phrase… Boy, That escalated quickly!

Game of Thrones got dark this week, well, darker than usual, namely with its very shocking character death that occurred within “The Dance of Dragons”, the penultimate episode of Season Five. Even beyond that though, plenty of hardship was had amongst the lead cast, with Jon leading a battered and dispirited group of Wildlings back to Castle Black, and Daenerys facing her own mortality as the Sons of the Harpy attack again.

As several episodes of Season Five have however, we instead begin in Braavos, where Arya is about to approach the thin man, and give him his, “Gift.” She also catches a glimpse of Mace Tyrell and Ser Meryn Trant arriving in the city, after being dispatched to settle the throne’s debt with the Iron Bank. Tracking the duo, and abandoning her original mission, Arya learns that Ser Meryn is a pedophile, before she’s thrown out of the whorehouse that she’s infiltrated.

Surprisingly, Jaqen H’Ghar appears to allow this deviation, despite Arya simply claiming that the thin man was not hungry for oysters that day. It seems strange that Jaqen H’Ghar wouldn’t be able to see through such a simple lie, but this is no doubt part of his plan. Something tells me that The Many-Faced God has a hand in the affairs of King’s Landing as much as The Sparrows do… 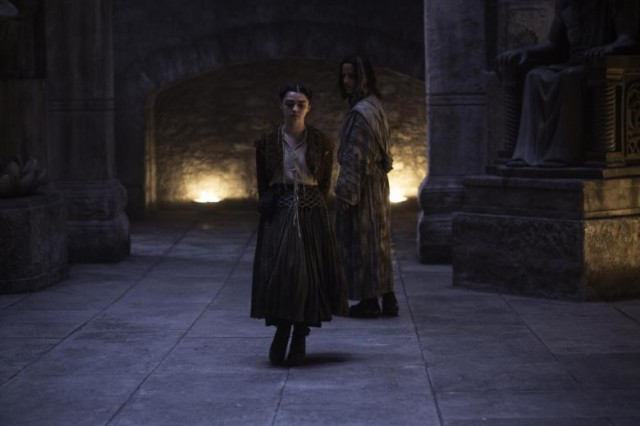 Regardless, Jon’s return to The Wall is naturally met with hostility and distrust, despite Ser Alliser opening the gate for Jon and his Wildling crew. Jon is naturally depressed about so many of the Free Folk getting killed in the White Walker attack at the end of last week’s episode, but Sam assures him that he saved lives, and that all of the Wildlings would have been killed without his being there. Nonetheless, Ser Alliser warns Jon that his compassion will get them all killed. Probably not this season, but, it’s going to get very crowded at The Wall for Season Six, it seems!

Speaking of getting killed, the defining moment of the episode occurred with Stannis, who is driven out of his camp with a severe diminishing of resources, after Ramsay and his band of twenty men set fire to a chunk of the camp. Left with no other options, Stannis is forced to do the unthinkable for Melisandre, sending Ser Davos back to The Wall under the belief that he is fetching more horses and resources.

With Shireen pledging to do what is necessary to ensure her father’s success, Stannis ties her to a stake, and burns her as a sacrifice to the Lord of Light. Yes, seriously. This controversial death was one of the most stomach-turning in the entire history of Game of Thrones, and the pain of it is easily felt, as Lady Selyse falls to the ground, wailing in despair as Shireen burns to death, screaming. It wasn’t gratuitous however, as, despite Shireen still being alive in the source novels at present, the command to kill off Shireen as a sacrifice came directly from George R.R. Martin himself. Apparently, this death is pivotal for events to come in the series, with its implications perhaps also being planned for the forthcoming sixth source novel, The Winds of Winter. 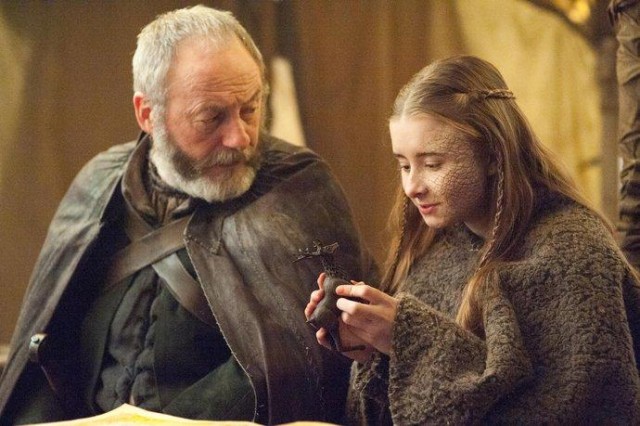 In any case, it’s this kind of violence that defines Game of Thrones, for better or for worse. Shireen’s death was a discomforting, but impactful high point in a strong episode that is sure to set the stage for Stannis’ fate, or at least the lead-in to his fate, in the season finale next week.

In fact, on this note, Game of Thrones broke tradition a bit with its penultimate episode of Season Five here. In past seasons, a grand battle often took place as a climax to a season arc, with the actual season finale then dealing with the immediate aftermath of the event. In Season Five however, no such battle took place, and if anything, the White Walker attack from last week’s episode could have served that purpose instead. There may still end up being a battle next week, but “The Dance of Dragons” exemplified best how Season Five has altered the dynamic of Game of Thrones in some pretty significant ways.

Unfortunately, the resolution to the Dorne subplot felt as underwhelming as the rest of it, and mostly felt like it amounted to nothing. Jaime is forgiven by Prince Doran, and is allowed to take Myrcella and Trystane both back to King’s Landing, as a way to preserve the alliance with Dorne. Ellaria Sand is also threatened with death if she attempts another rebellion, with both Bronn and the Sand Snakes being freed mostly without incident. Ellaria then simply aplogizes to Jaime, seems to come to terms with Oberyn’s death last season, and that’s it. Seriously? 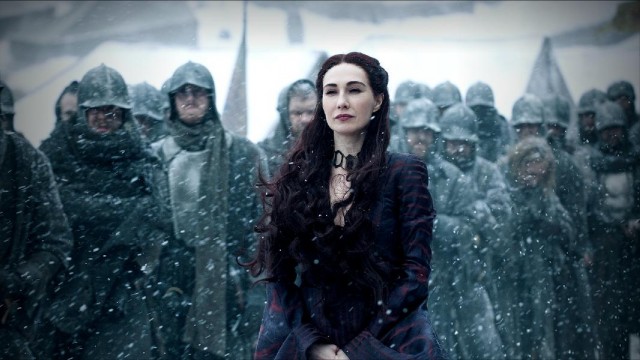 Despite the ambition behind the Dorne plot with Jaime and Bronn, which was entirely invented for the HBO series, this was a rare example of Season Five coming up with an original story arc for the series that just didn’t work. It did get Myrcella back to King’s Landing, and the idea of putting Trystane on the Small Council is certainly interesting, especially with Cersei’s influence currently cut off. It feels like we won’t get to see what this laboured subplot was working towards until Season Six though, and that’s frustrating.

This just leaves Essos, where Daenerys, Missandei, Tyrion, Daario and Hizdahr all oversee the grand opening of Daznak’s Pit, Meereen’s key fighting pit. After Daenerys lamenting the violence for a bit, Jorah shows up again, and manages to hold his own, just in time to throw a spear right at Daenerys!

… Oh, but it actually went into an assassin that was attempting to sneak up and slit the queen’s throat. This begins a major attack by the Sons of the Harpy, where they begin slaughtering the spectators as Daenerys and co. retreat into the pit itself. Hizdahr is also killed in the chaos (again, despite being alive in the source novels at present), getting Daenerys out of her wedding arrangement, but that looks to be moot, as the group looks like they’re all about to be killed.

Fortunately, Drogon intervenes, flying down into the pit and breathing fire on many of the attackers. After getting a few spears stuck in him, Daenerys manages to climb atop him and fly off, with the episode ending as Daenerys escapes the pit on the back of her runaway dragon. The Sons of the Harpy run away after Daenerys makes her escape, oddly leaving Tyrion, Jorah, Missandei and the rest alive, and no doubt leaving Daenerys with a newly-damaged reign, just in time for the season finale next week. 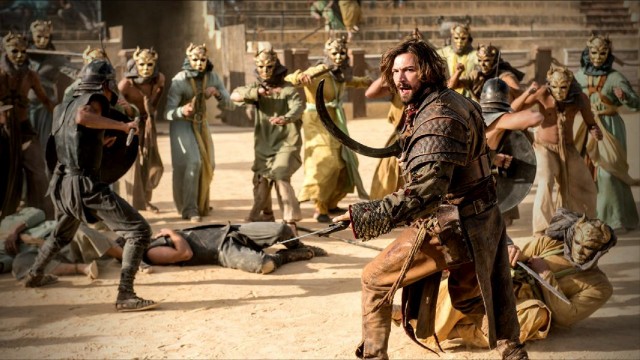 “The Dance of Dragons” obviously didn’t replicate the outstanding high point of “Hardhome” last week, but it was still definitely one of the season’s better episodes. It made for a superb lead-in to the season finale next week, leaving Stannis and Daenerys both in a precarious position, while the Dorne subplot saw a merciful, albeit equally disappointing conclusion. This also proved to be a rare episode of Game of Thrones that wasn’t hampered by the omission of King’s Landing, despite Cersei and Margaery still languishing in prison, and Tommen still facing a helplessness of his own.

If the show can keep this momentum going next week, Season Five should manage to close out on a strong note.

Game of Thrones 5.9: "The Dance of Dragons" Review
Game of Thrones delivered another especially superb episode for its penultimate Season Five offering, as both Stannis and Daenerys are forced to confront their vulnerability, and Jon brings the surviving Wildlings back to Castle Black.
THE GOOD STUFF
THE NOT-SO-GOOD STUFF
2015-06-11
92%Overall Score
Reader Rating: (0 Votes)
0%