The scourge of PC gamers’ budgets the world over has now opened its floodgates. Today marks the start of Valve’s juggernaut Steam Summer Sale 2015, which sees cycling discounts of hundreds of great games all across Valve’s digital PC gaming storefront. The sale will run until June 21st, for a total of about ten days. 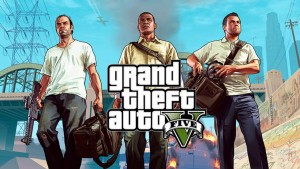 For the first day of the Steam Summer Sale, users can download titles like XCOM: Enemy Unknown, Hotline Miami 2: Wrong Number and Grand Theft Auto V at sharp discounts, before a new batch of titles replaces them tomorrow. The usual 12-hour Flash Sales are also in effect, which currently offer great games like Outlast and Fez, for peanuts. Grab them quickly if you’re interested, since less than a day later, they’ll be replaced by new offers!

Despite the excitement surrounding the Steam Summer Sale, GOG is also offering their competing PC game Summer Sale at present, which also comes in time for GOG’s new Steam-esque digital hub platform, GOG Galaxy, finally adding features such as achievements to GOG game downloads. GOG is also attempting to draw attention away from the Steam Summer Sale by offering prizes of free games to people who spend certain amounts of money, including SimCity 2000: Special Edition, S.T.A.L.K.E.R.: Clear Sky and Xenonauts.

Steam, on the other hand, is offering a small playable monster game that players can participate in. This allows them to unlock exclusive new deals for the Steam Summer Sale, as well as more Steam Trading Cards, something awarded to Steam users as they purchase and play certain games, providing another metagame to go with amassing Steam Achievements. The Steam Summer Sale also kicks off just in time for Steam to start offering refunds as well, an oft-requested feature that allows users to apply for a refund if they buy a game, and have played it for less than two hours, within fourteen days of purchase. That might prove handy for impulse buyers! 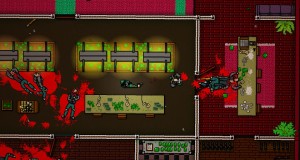 Ideally, PC gamers should check out both the GOG and Steam Summer Sales, since they’re both fantastic, and both guaranteed to leave you with awesome, crippling debt. If you’re a console gamer however, don’t think you’re being left out of the fun. PlayStation and Xbox tend to offer their own large Summer Sales, though sometimes, they only last a week, and don’t offer any other incentives, beyond some discounts. PlayStation however will no doubt be offering another PLAY lineup for this Summer, incentivizing PlayStation gamers to buy and play a quartet of high-profile indie games, even though Xbox currently appears to have abandoned its competing Summer of Arcade promotion with the advent of the Xbox One, unfortunately.

Keep steaming up Eggplante for all news and updates on Steam, and other high-profile PC game promotions.