Over the past couple of Nintendo Direct broadcasts, Nintendo has been chatting up a new Fire Emblem game set to arrive for 3DS next year. Known as Fire Emblem If in the series’ native Japan, Nintendo confirmed during today’s Nintendo Digital Event at E3 that the upcoming strategy-RPG will be localized in English as Fire Emblem: Fates. It’s still on track for a vague 2016 release window in the West, though will come to Japan in just a few days. 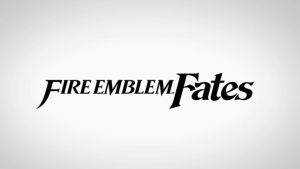 Fire Emblem: Fates is being sold in two separate versions in Japan, though Nintendo wasn’t clear about whether this will be the case in North America, or if Fire Emblem: Fates will be sold as one single product here. The reason for the first-ever division into two versions, something normally reserved for Nintendo’s mainline Pokemon games, is because players are able to choose their side in the latest medieval war for the first time in Fire Emblem history. Players can choose the version that allies them with the peace-seeking Hoshido, or the glory-seeking Nohr in Japan.

Fire Emblem: Fates is the second Fire Emblem game made for 3DS, following from 2013’s release of the very well-received Fire Emblem: Awakening. Keep mobilizing Eggplante for all news and updates on the Fire Emblem series.