With excitement over the Final Fantasy VII remake still buzzing, following its announcement at Sony’s E3 conference last week, Square Enix has now issued word on when the original build of the game will be available in its latest enhanced re-release. Final Fantasy VII, the original, hits PlayStation 4 for digital download on October 16th of this year, in both North America and Europe. The game is also set to come to iOS some time this year to boot. 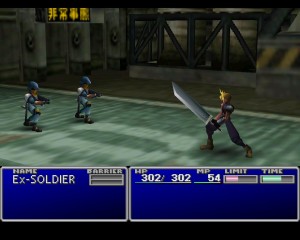 The Final Fantasy VII port, not to be confused with the newly-announced remake that is still years away from release, is based off of the game’s original 1997 incarnation, primarily its latest enhanced port on Steam. The PlayStation 4 re-release will largely feature the same graphics as the original PlayStation game from 1997, with an HD overlay and some minor touch-ups, along with the addition of trophies, and the familiar sharing and streaming capabilities innately built into the PlayStation 4.

When this port was originally announced at last year’s PlayStation Experience expo, fans met the announcement with anger and disappointment, after the game in question was revealed to be a port, not a remake. Anger towards this port has since softened however, now that we know that the remake is happening later.

Keep siphoning Eggplante for all news and updates on the Final Fantasy series.