UPDATE: After addressing what most of us already knew, Marvel Studios has now given an official, ironclad press release that, yes, Tom Holland’s Spider-Man will make his debut in next year’s Captain America: Civil War, after the news was broken by numerous inside sources. Holland also screen-tested for the role alongside Robert Downey Jr. and Chris Evans when beating out other contenders for the part, confirming that his role in the story will likely be as a catalyst that contributes to bringing Iron Man and Captain America against one another, even if Spidey’s role in the movie will be diminished in contrast to the source comic.

The search for the new big-screen Web-Slinger is over. Tom Holland has won the highly coveted role of Peter Parker/Spider-Man for the Marvel Cinematic Universe, where Spidey was announced to be finding his new home, after Sony agreed to share the Spider-Man screen rights with Marvel!

19-year-old Brit, Holland has starred in a handful of smaller works up to this point, namely television miniseries, Wolf Hall, and indie drama, The Impossible. He also voiced the character, Sho in the UK dub of Studio Ghibli flick, The Secret World of Arrietty. He’s not only an actor, but also an accomplished dancer and acrobat to boot! After news broke of his casting, Holland uploaded several photos and videos of himself on his Instagram feed, demonstrating his acrobatic skills, teasing what kind of prowess he’ll be unleashing as Spidey. Sounds like he’s already a comfortable fit for the red and blue spandex!

Holland is the youngest actor yet to debut as a big-screen Spider-Man, following in the footsteps of Tobey Maguire, who was 26 when cast in the role, and Andrew Garfield, who was 27. This is a bit ironic, as Spider-Man is one of the youngest high-profile superheroes in most tellings of the Marvel Universe, often being around 15 or 16 years old when receiving his powers for the first time. Marvel Studios has also stressed on multiple occasions that Spidey’s youth is a big thing that will separate him from other veteran MCU heroes like Iron Man and Captain America in the shared movie/TV live-action universe.

Along with announcing a new Spider-Man actor, Sony and Marvel both jointly confirmed that 2017’s currently-untitled MCU-set Spider-Man reboot movie has chosen a director as well! Jon Watts will helm the upcoming flick, with Watts recently delivering indie thriller, Cop Car at the Sundance Film Festival. The new Spider-Man movie is so far the only large-scale feature film on Watts’ resume at this point, though that shouldn’t bother Marvel fans, considering the wonderful work that directors like Joss Whedon, the Russo Brothers and James Gunn have done with their MCU-set movies, despite being virtual unknowns outside of geek circles. Marvel Studios themselves even remind fans of this in the press release announcing Watts’ new gig. 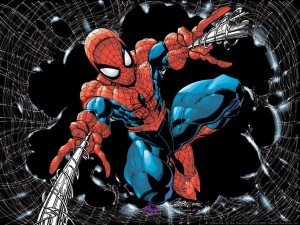 Spider-Man will make his debut in the MCU before his own dedicated movie in 2017 however, as he’s been confirmed to play a supporting role in next year’s Captain America: Civil War. His part is likely quite small though, despite Spidey’s pivotal presence in the Civil War source comic, as Captain America: Civil War has already been well into filming at this point, even with Holland’s casting just announced today.

Keep slinging Eggplante for all news and updates on the Spider-Man movies, and the MCU at large.