NOTE: Spoilers from throughout the debut season of iZombie are present in this review

iZombie proved to be one of this season’s best surprise successes in its entire debut run. It almost seems inexplicable that The CW would have hoarded this gem of a show for mid-season, even if it could simply be on account of the fact that they didn’t want to premiere it at the same time as their higher-billed debuting comic book drama, The Flash. Even if it was a shortened 13-episode order however, iZombie came out swinging in Season One, and quickly cemented itself as one of the most novel and entertaining shows on television at this point!

The story is very loosely adapted from the Vertigo/DC Comics graphic novel of the same name. It’s so loosely adapted in fact that it barely has anything to do with its source material, beyond the name, and the undead state of its lead character. Even considering its lack of faithfulness to the original comics however, iZombie not only carves out its own confident, inspired direction, but may even surpass its source material with said direction, combining an excellent recipe of drama, humour, mystery, and a whole lot of novel weirdness.

At its basest parts, iZombie is a detective serial, something that television is choked with at this point. Oh, but it’s not just any detective serial however! iZombie is also a romantic comedy. It’s also a comic book-flavoured drama. It’s also a tongue-in-cheek horror spoof. iZombie is many things. It’s many things that shouldn’t go together, and yet, they blend perfectly, like ketchup and scrambled eggs on cinnamon toast!

Everything is brought together with the brilliant talent of Rose McIver in the lead role of Liv Moore. Liv was formerly an uptight medical student that just didn’t know how to live, irony in her name aside. After a fateful boat party gone awry however, the one time she is strong-armed into a good time, Liv wakes up in a body bag, with newly-pale complexion, and a strong hankering for human brains. Forced to quit her job in medicine and break off her engagement with good-natured youth worker, Major Lillywhite, Liv takes a job at the morgue, with the show chronicling Liv’s adventures solving murders by inheriting the memories of the brains she secretly devours. 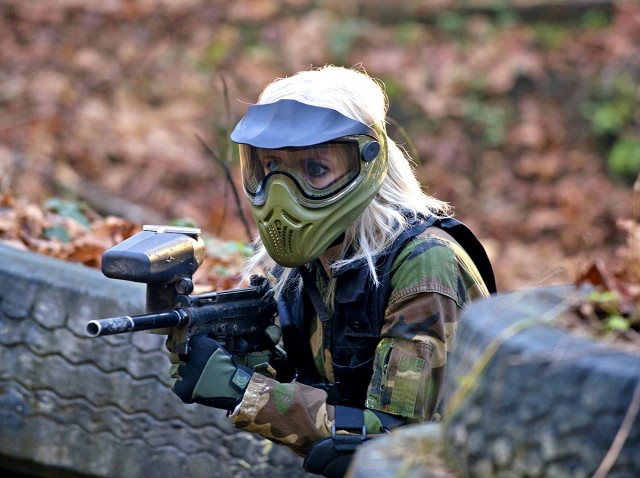 It sounds stupid, right? On paper, maybe, but in practice, iZombie is incredibly clever, at least in its debut season. The weekly cases routinely proved themselves to be surprising, inspired and fun, consistently delivering satisfying turnouts. They also wonderfully came together at the end of the season, which brought a subtle season arc to a very powerful forefront in the season finale, as the brain-ferrying operation of Liv’s original zombie turner, Blaine DeBeers gets the hurt put on it by both Liv and Major.

Speaking of Major, he spent almost the entire season completely unaware of the whole zombie issue. Liv often had to pull the wool over his eyes, despite attempting to maintain a friendship with him, as those around Liv were simply puzzled that the relationship between these two would end for a seemingly inexplicable reason. All the while, Major was put through the wringer, having his sanity questioned, losing his job, and even making a temporary stop in a mental hospital! It was tough to watch, especially since Major is a very good guy. That’s why it was so satisfying to have him be the one that took out all of the zombies in the season finale, save Blaine, with a freakin’ boomstick, no less! It also led to a surprisingly emotional result, with Blaine getting the drop on Major and nearly killing him, before Liv made the difficult decision to turn Major into a zombie, rather than let him die.

On the note of Blaine, he was also a very worthy antagonist for Season One. David Anders played Blaine as a Neil Patrick Harris-style douche bag, if NPH’s addictive charm were replaced by savvy business sense, and a no-nonsense attitude about professional efficiency. It was awesome to see Blaine stay one step ahead of Liv not just because he had muscle, but also because he was simply a brilliant foil. Blaine’s operation was airtight, and he seemed to have even some of the most powerful of city officials in his pocket, including the lieutenant of Liv’s detective buddy, Babineaux. Fortunately, Blaine was cured at the end of the season, not killed, with Liv sacrificing her dose of synthetic cure to save the day and defeat the villain, while the show can still ensure that Blaine lives to fight another day. iZombie wouldn’t be the same without him!

The other major supporting player in the series was Ravi, initially the only character that is aware of Liv’s zombie situation. Babineaux simply believes that Liv is psychic, and can somehow pull visions of recently-dead victims out of the ether (which is no more plausible than Liv being a memory-absorbing zombie, but I suppose that’s the joke), but Ravi knows exactly what Liv is. He’s both a lovable sidekick and a resourceful emotional core, particularly when Liv’s brains get the better of her.

iZombie does quite a lot with a seemingly small lead cast. It handles its lead characters so well in fact, that the lesser cast kind of suffers for it. As much as the season did great things with Liv, Ravi, Major and Blaine in particular, it felt like the rest of Liv’s circle was shafted. Liv’s family so far hasn’t really made an impact, which makes her mother’s nagging and her brother on death’s door at the end of the season, feel pointless and hard to get invested in. Likewise, Liv’s best friend, Peyton, who was strangely recast and made into a recurring character, not a lead, didn’t really get interesting development until seeing Ravi. Even then, she took off upon learning the truth about Liv, after Liv had saved her life from an angry zombie enforcer no less, and that’s the last we see of her this season. Next season, it will benefit the show to give Liv’s family and Peyton more to do. It felt like they were just taking up space throughout most of the initial season.

Still, as much as iZombie effectively pulled off fun and mystery, it didn’t skimp on effective drama, when the situation called for it. Liv having to confront the darker side of being a zombie was something that the audience consistently felt. The same was true of Liv suffering a loss on account of her own selfishness, negligence or weakness. This was best demonstrated when Liv finds a zombie lover in fellow brain-muncher, Lowell, whom Liv convinces to draw Blaine out, before being unable to snipe the villain from a distance, even after eating a trained killer’s brain. Liv’s failure led to Lowell’s death, and that was a very serious, powerful moment, where Liv had to confront her limitations in a brutal way. The same was true of Liv having to sign off on the cremation of Lowell’s remains in the following week’s episode. iZombie may largely be a very well-done popcorn show, but when it went for the heartstrings, it almost never failed to pluck them!

Even with a slightly shallow supporting cast at this point, iZombie is a show that is both comfortable and ambitious, delivering reliable, cheeky charm in its weekly whodunits, while at the same time creating a story centered on a surprisingly excellent character study. Zombies have been done to death in modern media, and yet despite that, iZombie makes them novel again. Its horror elements are pretty candy-coated, and it seems unapologetically youth-oriented, but its working parts are all virtually sublime. It does something different with zombies, and even with the source material, but in its debut season, its experimental ideas work to outstanding effect. The result is a must-watch series for fans of comic book dramas, mystery serials and horror-comedies alike, and one that is carrying all of the potential in the world with it, as it heads into an extended Season Two this Fall.

Despite starring infamously dead and rotting monsters, iZombie makes them feel more alive and fresh than they’ve ever been!

iZombie: Season One Review
iZombie is a surprisingly brilliant and highly entertaining midseason success in its debut. Succeeding as a character study, a mystery serial, a comic book drama, and a horror-comedy all at once, this is quickly standing as one of the best genre shows on television at present!
THE GOOD STUFF
THE NOT-SO-GOOD STUFF
2015-06-23
90%Overall Score
Reader Rating: (1 Vote)
100%