After Microsoft revealed this July’s Games with Gold freebie lineup a little bit early for Xbox gamers, Sony has now responded with the six free games that will be on offer for PlayStation Plus members throughout the month of July. 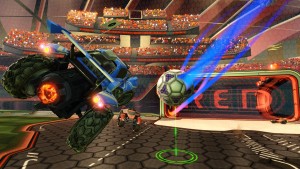 As usual, you must have and maintain an active PlayStation Plus membership to redeem and play any free games from the PlayStation Plus catalogue at any time, on any of Sony’s three current platforms. The new games for July go live this coming Tuesday, July 7th as well. Thus, if you have yet to redeem Metal Gear Solid V: Ground Zeroes, Skulls of the Shogun: Bone-a-Fide Edition, Super Exploding Zoo, Futuridium EP Deluxe, Call of Juarez: Gunslinger, or Cloudberry Kingdom, you have until then to do so, before they go back to their original paid pricing.

Anyway, without further ado then, let’s see which free game offerings PlayStation Plus members can score this month:

To start, on PlayStation 4, PlayStation Plus members can snag a free copy of Rocket League. This game will be releasing for PlayStation 4, as well as PC, for the first time on July 7th. Developed and published by Psyonix, Rocket League is a physics-based soccer game where players control high-powered vehicles. The game will support cross-platform play for online bouts as well, meaning that PlayStation 4 and PC players will be able to play together in the online match-ups. 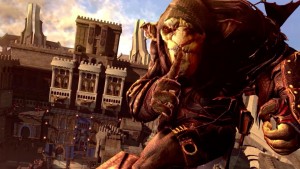 The second free PlayStation 4 reward for July is Styx: Master of Shadows. This is a stealth game that shares a universe with 2012’s Of Orcs and Men, where players control original goblin, Styx, and keep to the shadows to both survive, and wreak mischief across the world around them. The game also features RPG elements, allowing you to develop and customize Styx as you play. Styx: Master of Shadows received decent feedback from critics and players alike, and is also available for PC and Xbox One. 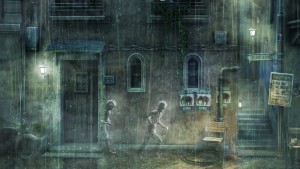 For PlayStation 3, the first reward will be Rain, a dedicated PlayStation Store game that is exclusive to Sony’s last-gen console. This small scale puzzle-adventure game has players controlling an invisible boy that can only be seen through the raindrops. As you pursue a mysterious girl with a similar fate, you must avoid strange creatures that are out to end your life, using rain, mud and other environmental effects both to navigate, and to solve puzzles and open new pathways forward. We reviewed Rain for its launch back in October of 2013, praising the concept and visual design, but criticizing the short length and lack of replay value.

The second PlayStation 3 reward for this July is MouseCraft. This puzzle game functions as something of a blend between Tetris and Lemmings, having players attempt to lead an army of mice to safety by stacking cheese to build paths ahead. MouseCraft received lukewarm reception upon release. It is however a cross-buy game, so redeeming this reward will net you the game’s PlayStation 3 version, PlayStation 4 version and PlayStation Vita version simultaneously! Aside from PlayStation platforms, MouseCraft is also available for PC, Mac and Linux. 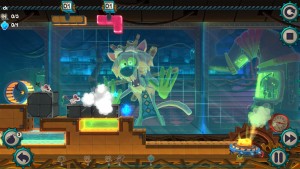 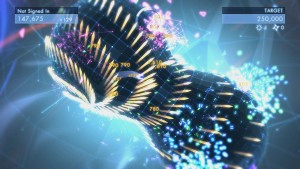 Finally, the second PlayStation Vita reward for July is Entwined. This unique rhythm game has players using the two analog sticks to guide the souls of a bird and a fish, unable to be together, but nonetheless attempting to march along in harmony. The game received lukewarm reception upon release. As with MouseCraft however, Entwined is cross-buy, so redeeming this reward will net you the PlayStation Vita, PlayStation 4 and PlayStation 3 versions simultaneously. Those are the only platforms that the game is available for.

Honestly, this month of PlayStation Plus freebies is a bit lacklustre, especially when paired against Microsoft’s superior Games with Gold freebie selection that Xbox gamers are getting for this month. Whereas big, acclaimed titles like Assassin’s Creed IV: Black Flag and Gears of War 3 are being awarded for free to Xbox Live Gold members this July, PlayStation Plus members are mainly getting shrug-worthy indie scraps yet again. The best game on offer is arguably the new PlayStation Vita port of Geometry Wars 3: Dimensions Evolved, but even then, it’s a port of a game that’s been available for months on other platforms. 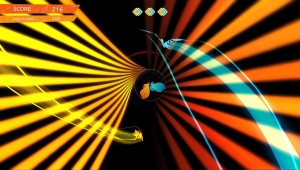 Frankly, the indie games would be great, if they were truly excellent. Instead however, we’re getting a bunch of small indie games that got either mixed or lukewarm feedback, and it largely feels like Sony just phoned in this month. Rocket League may be a new release that PlayStation Plus members get for free, but it may or may not be well-received, and that’s assuming you even care about a sports game. Likewise, Entwined and MouseCraft may be cross-buy, but neither are all that remarkable on any platform. Rain is pretty, but you’ll beat it and snare every trophy in just a few hours. Lastly, Styx: Master of Shadows isn’t a terrible offering, but again, it’s hardly among the PlayStation 4’s best PlayStation Store offerings.

You’ll probably be bored of this lineup long before the month’s up, and that’s a shame. Oh well. I suppose one can’t win them all.