You asked for it, and LucasFilm is intent on delivering it. After frequent rumours to the effect, Disney and LucasFilm announced today that plans are indeed underway for a Star Wars spin-off/prequel movie, starring a young Han Solo. Not only that, but a duo of directors have already been tapped, namely the increasingly in-demand team of Phil Lord and Christopher Miller, best known for their work on The LEGO Movie and 21 Jump Street. 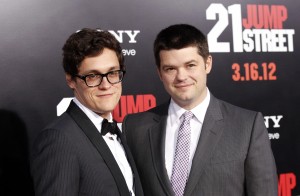 Be advised that this is not the same spin-off movie that Chronicle director, Josh Trank was originally set to helm, which LucasFilm has stressed. It’s possible that the spin-off planned for Trank, who is currently at work finishing up the Fantastic Four reboot movie set for this August, has either been indefinitely delayed, or perhaps even cancelled entirely, after Trank stepped down from directing it.

The untitled Han Solo movie will follow the adventurers of the fan-favourite smuggler’s younger self, detailing how he became the plucky accidental hero that we first meet in the Mos Eisley cantina during the events of Star Wars Episode IV: A New Hope. Back in the original Star Wars movie trilogy, Harrison Ford portrayed Solo, and will reprise the role this December in Star Wars: The Force Awakens. It’s unknown whether Solo’s Wookie sidekick, Chewbacca will be a part of the movie (although it seems likely), or whether Boba Fett may also be part of the story, with rumours suggesting that Disney is also working on a standalone Boba Fett-starring Star Wars spin-off that may link with the now-confirmed Han Solo spin-off to detail how these two beloved characters became particular enemies.

On top of announcing directors, Disney also confirmed that Lord’s and Miller’s Han Solo movie already has a release date, and will hit theatres on May 25th, 2018, being that year’s Star Wars Anthology movie. This will make it the second Star Wars Anthology movie, after next year’s Rogue One, which will be a heist movie involving a plot to steal the Death Star plans, centering on all-new characters between the events of Star Wars Episode III: Revenge of the Sith and Star Wars Episode IV: A New Hope. Lawrence Kasdan and Jason McGatlin will be executive producers for the Han Solo movie, with Will Allegra and Kathleen Kennedy also serving as producers. Kasdan will also be writing the script alongside his son, Jon Kasdan. 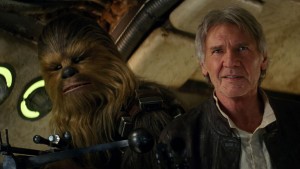 The only drawback to what’s otherwise an exciting bit of news is the reasonable speculation that, because of their commitment to this movie, Lord and Miller will likely be bowing out of the big screen version of The Flash that’s set up at Warner Bros. and DC Entertainment, which is set to come to theatres on March 23rd, 2018. They will however still be providing the screenplay for the sequel to The LEGO Movie, which is actually set to open just one week before the Han Solo flick, on May 18th, 2018.

Keep shooting Eggplante first for all news and updates on the untitled Han Solo movie, and other projects set in the Star Wars movie universe.