UPDATE: It’s been discovered that some are unable to pre-order Journey for PlayStation 4 before it launches next week. If this is the case, it’s because you already own the PlayStation 3 version of Journey, and thus, the PlayStation 4 version is being given to you for free when it launches next Tuesday. While it’s cool that Journey has turned out to be cross-buy between hardware generations, it means that those who already bought Journey on PlayStation 3 years ago might want to make sure they pick up at least two of the other games, if they’re interested in the $10 PlayStation Store rebate offer.

After Microsoft teased that they would be reviving a re-branded Summer of Arcade indie game showcase on Xbox One before the end of this Summer, Sony was mum on any potential developments of their own Summer indie game showcase, PLAY for this year. As of today however, Sony has confirmed that PLAY 2015 is going ahead, and moreover, the promotion starts today as well! 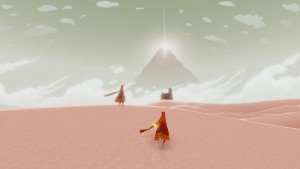 As with previous years, Sony is spotlighting four smaller titles set to come to the PlayStation Store over the next four weeks, with all four now going live for pre-order. PlayStation Plus members can enjoy a 20% discount on the games’ prices if they pre-order as well. On top of that, if you buy merely two of the four games on offer between now and August 18th (or more, of course), you’ll get a free $10 worth of PlayStation Store funnybucks in September, making the rebate even easier to obtain than previous years!

On the negative side however, be advised that PLAY 2015 is only being offered on PlayStation 4 this year. PlayStation 3 and PlayStation Vita are entirely sitting out the promotion this time, which is a real shame, particularly since the past couple of PLAY selections have emphasized cross-buy between platforms to some extent.

Regardless, the PLAY 2015 game lineup begins with the new PlayStation 4 port of Journey. Originally released on PlayStation 3 in 2012 by thatgamecompany, where it proved to be a monster hit amongst the PlayStation Store catalogue ever since, Journey has players taking a trek through an abstract landscape to a mysterious faraway mountain, anonymously connecting with one another online to help see the quest through to its end. The PlayStation 4 version appears to boost the game’s resolution, as well as naturally offer the console’s innate streaming and sharing capability. Journey’s PlayStation 4 version launches next Tuesday, July 21st, for $14.99, with PlayStation Plus members able to pre-order it for $11.99.

The second PLAY 2015 game will be N++. The sequel to indie hit, N+, N++ puts players in control of a ninja protagonist, as they navigate their way through over 2,000 carefully-crafted levels. Players must collect gold, run, jump, bounce and dodge around on their ninja’s limited metabolism, likely using the same simplified control scheme from the previous N+. The game will also offer co-op play out of the gate as well. N++ comes to PlayStation 4 on July 28th, where it will sell for $19.99, though PlayStation Plus members can pre-order it for $15.99. 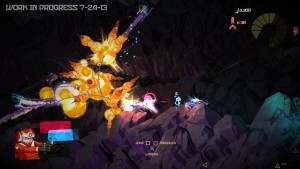 The third PLAY 2015 game is Galak-Z, a 2D arcade-style shooter. It features random, procedurally-generated levels, all connected as one giant dungeon-like environment. Galak-Z bears the distinction of being the one PLAY game this year that isn’t exclusive to PlayStation 4 (if you don’t count the fact that Journey was already released for PlayStation 3 a couple of years ago), and it’s also planned for release on PC and PlayStation Vita. Galak-Z is releasing on August 4th, and selling for $19.99, though PlayStation Plus members can pre-order it early for just $15.99.

The fourth and final PLAY 2015 game will be the highly anticipated internal Sony project, co-developed by The Chinese Room, Everybody’s Gone to the Rapture. This first-person adventure game unfolds from the perspective of six different characters, as they experience life after the apocalypse. Launching on August 11th, Everybody’s Gone to the Rapture yet again sells for $19.99, unless you’re a PlayStation Plus member, in which case, you can pre-order it for the reduced price of $15.99. 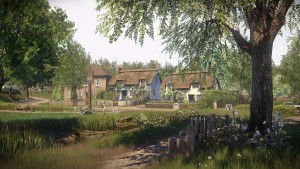 This looks to be a very strong PLAY lineup this year, and it will certainly give Xbox’s Summer Showcase a run for its money, when the final details of that come to light for the competing Xbox One. It’s really too bad that only PlayStation 4 owners are able to participate in PLAY this year, but hopefully by this point, you’ve taken the plunge on Sony’s monstrously successful current console.

Keep revisiting Eggplante for all news and updates on PLAY, and other high-profile Sony incentives.