A lot of rumours have been flying around about Nintendo’s in-development new gaming platform, code-named ‘Nintendo NX’, some promising, and some bleak. We now know that at least one developer has been working on projects for it though, and that’s Square Enix. Why? Well, they said so! Probably out of turn. 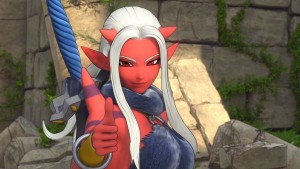 Square Enix claimed today that they would be making ports of both Dragon Quest X and the newly-announced Dragon Quest XI for the highly secretive NX platform, before doubling back a bit a couple of hours later, and simply saying that these ports were, “Under consideration.” Well, in theory, any game that hasn’t come to a certain platform yet is probably, “Under consideration” at some point or another. Thus, chances are, Square Enix slipped up, and got their hide tanned by the infamously secretive Nintendo rather quickly after their slip, following the Final Fantasy maker spilling the beans on their NX work after their dedicated Dragon Quest XI reveal presentation in Japan today.

You might think that this is no big deal, and that Square Enix may have just been musing aloud, but trust us, it’s a very big deal. Why? Because in confirming that Dragon Quest X and Dragon Quest XI are even possible on the NX, Square Enix has inadvertently blurted out some of the platform’s early features. Better still is that some of these specifications appear to put some of the more negative rumours surrounding the mysterious upcoming platform to pasture.

First and most revealing from the slip-up is Square Enix mentioning that the console build of Dragon Quest XI is in planning for NX, regardless of whether or not the company goes through with it. The console build of Dragon Quest XI happens to run on Unreal Engine 4, a development engine that is fully supported on the current-gen PlayStation 4 and Xbox One, but is not properly offered for Nintendo’s current-gen Wii U, which is apparently limited to optimization for the previous Unreal Engine 3. 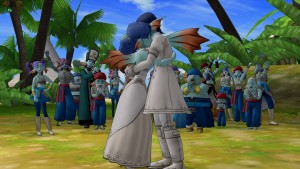 Unreal Engine 4 development is theoretically possible on Wii U according to maker, Epic Games (who also claimed that you could theoretically make an Unreal Engine 4-powered game for the last-gen Xbox 360 and handheld PlayStation Vita if you tried hard enough), but not without compromises and a lot of developer wizardry. Even then, Unreal Engine 4 games would look and run significantly worse on Wii U than they would without the technical shackles on PlayStation 4 and Xbox One, since Unreal Engine 4 just isn’t properly supported by Wii U. With Square Enix accidentally stating that NX supports Unreal Engine 4, they confirmed that the NX is a noticeably more powerful device than the Wii U. Thus, the speculation that the NX won’t be a powerful machine in its own right appears to be false. Apparently, it’s got enough specs to competently keep up with the PlayStation 4, even if it’s unknown whether or not it will fully match the maximum potential of Sony’s console. Regardless, that’s a good sign.

Second, Dragon Quest X is a robust MMORPG, one that can only be played online. This is slightly less illuminating, but it does confirm that NX is able to sustain a game of that nature, no doubt because of a refined, improved social and online component. Otherwise, why even consider porting an online game that is plenty successful on last-gen hardware, assuming that corporate greed isn’t part of the equation? Given Nintendo already stating that they’re working on a new membership service to link their existing 3DS and Wii U hardware with NX, along with PC’s and smartphones, it’s probable that the NX will be big on connectivity, and that naturally suggests a greater emphasis on online flexibility, the kind that hasn’t really been a priority to Nintendo in the past. Again, smaller grains of information on this note, but still valid in terms of speculating what the NX will be able to pull off in contrast to the last-gen Wii and current-gen Wii U, though both of those consoles do have ports of Dragon Quest X themselves in Japan, so it’s possible that Square Enix simply wants to offer the game on as many Nintendo devices as possible too. 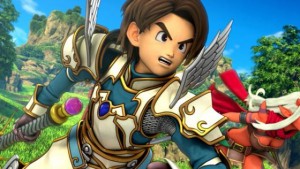 This does however bring up another point that should help to allay some concerns about the NX, namely the concern of it not being port-friendly compared to PlayStation consoles, Xbox consoles and PC, which has been a criticism for both Wii and Wii U as well. If big, large-scale ports like the console builds of Dragon Quest X and Dragon Quest XI are any indication, and Square Enix can be so laid-back about addressing them, it seems that NX might be more port-friendly than its two console predecessors were. After all, if you weren’t actively planning a port for a certain platform, why would you even bring it up? That would be bad business sense, since supporters of that platform, especially those interested in the game, will have you under a microscope, waiting for those ports you mentioned, and if you don’t make them, you’ll look inept and/or sloppy. If Square Enix wasn’t confident that they could put Dragon Quest X and Dragon Quest XI on NX, especially to the point where they had to double back and soften their initial statement, they never would have said it aloud. Again, the fact that these games are in active consideration should help to alleviate concerns that the platform will have no third-party support.

Lastly, on that note, the fact that a big publisher like Square Enix is revealed to be working on NX games, with ports in a marquee franchise like Dragon Quest, is blunt proof that developers are already looking at the platform as a promising prospect, and are already looking to port their games to it, along with naturally making new ones. It’s certainly not confirmation of droves of third-party support, but Square Enix is no small name. If they’ve already invested in the platform, it’s clearly got a draw for game makers. Yet again, this is a good sign, and should help to relax gamers who are worried that developers will abruptly turn their nose at the NX, leaving Nintendo to sustain the platform with their own first-party games entirely, as is often the case with Wii U in particular. If big franchises are planned for it, and big companies are supporting it, then the NX has promise. Square Enix at least seems to think that it can compete with the big boys like the PlayStation 4, and that should relax nervous gamers who are hoping that Nintendo doesn’t repeat the dismal Wii U sales numbers. 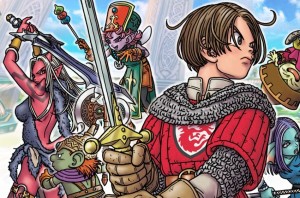 Obviously, Nintendo hasn’t revealed anything specific about NX, and will not do so before next year, so this is still mere, unconfirmed detective work on our part. Still, the writing is on the wall now, and it looks like we can expect a competent, powerful gaming platform with a reasonable degree of potential for third-party support in NX, even if the vast majority of the console’s architecture, feature set and game catalogue remains a big question mark. Whether or not Dragon Quest X and Dragon Quest XI do end up coming to NX, the fact that both are so much as outed for being under consideration for Nintendo’s upcoming new gaming platform should be very good news, and very relieving news for those worried about some of the negative rumours.

Bottom line, don’t write off the platform because of some internet hearsay. It’s clearly got at least one big game maker’s attention already, one who has barely developed anything for Wii U up to this point, might we add.

Keep investigating Eggplante for all news and updates on Nintendo NX, and other big developments in Nintendo hardware.