It looks like we’ll be getting one less LEGO game in 2015. Despite originally being announced for this year, Warner Bros. and TT Games have now confirmed that LEGO Marvel’s Avengers has slipped into 2016. Fortunately, it’s coming out pretty early on, now officially set for release on January 26th, 2016 for North America, and January 29th, 2016 for Europe. 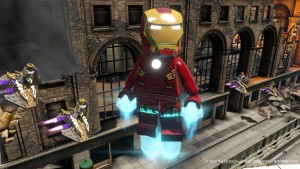 The delay may have come as a result of the higher billing of toys-to-life game, LEGO Dimensions, which hits all current consoles on September 27th. Previously, Warner Bros. and TT Games released LEGO Jurassic World earlier this Summer as well, inspired by the quadrilogy of Jurassic Park movies released to date.

LEGO Marvel’s Avengers operates as a semi-sequel to 2013’s LEGO Marvel Super Heroes, which told an original story inspired by the Marvel Comics Universe. LEGO Marvel’s Avengers however will instead adapt its material from the live-action Marvel Cinematic Universe, namely the two ensemble movies, 2012’s The Avengers, and this past May’s Avengers: Age of Ultron. The game will include a co-op mechanic that will allow Marvel heroes to blend their capabilities to both attack foes and solve puzzles, and will also feature some exclusive characters that weren’t seen in the movies, such as Sam Wilson’s modern comics rendition of Captain America. 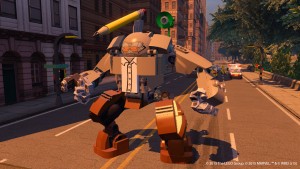 Keep assembling Eggplante for all news and updates on the LEGO games.