Capcom has revealed when fans of the Blue Bomber can get their hands on Mega Man Legacy Collection, an enhanced compilation of the original six NES games from the classic Mega Man series, at Gamescom. Mega Man Legacy Collection officially hits digital storefronts on August 25th, at least for its initial PC, PlayStation 4 and Xbox One incarnations, where it will be priced at $14.99. The compilation is still planned for Nintendo 3DS, though that version has been bumped slightly, and will now release in early 2016, instead of this Fall. 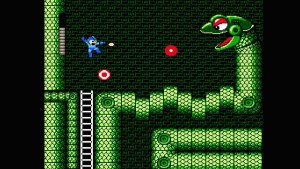 Fortunately, a new addition is being made to the release plans for Mega Man Legacy Collection, in the form of retail packages for the game! Sadly, physical retail copies of Mega Man Legacy Collection won’t be made available until early 2016, and will be priced slightly higher, at $29.99. It’s unknown what kind of bonuses the retail packages may offer at this point, and so far, the retail versions have only been confirmed for North America.

Mega Man Legacy Collection is being developed by Digital Eclipse, who will be enhancing the 8-bit games with a modern HD filter (and potentially a 3D one instead for the 3DS version), and will include special remixed game challenges, as well as collections of art and other such development assets that players can view in relation to the six NES Mega Man games. Capcom describes the compilation as a ‘Criterion Collection’ for the Mega Man series.

Keep immortalizing Eggplante for all news and updates on the Mega Man series.