Capcom raised some eyebrows when they recently polled fans about what they would want from the long-demanded remake of fan-favourite survival-horror game, Resident Evil 2. At the time, the survey was billed as being purely hypothetical, but now, Capcom has made a special announcement today, revealing that plans are now underway to develop a full-blown remake of Resident Evil 2 for modern platforms! 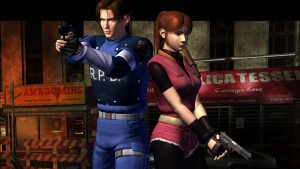 It should be noted that this ‘remake’ is actually a true remake in this case, not simply an HD remaster of a game that was already realized on prior platforms, as with this past January’s Resident Evil remake’s HD remaster, and next year’s upcoming HD remaster of Resident Evil Zero, both simple HD touch-ups of games that were originally designed for the Nintendo GameCube. Resident Evil 2 is being entirely redesigned and rebuilt from the ground up however, to take advantage of the full capabilities of modern HD gaming platforms. It will be an experience similar to the GameCube remake of the original Resident Evil then, which completely overhauled the visuals and gameplay in contrast to the original 1996 release, only this time, for Resident Evil 2 instead!

The Resident Evil 2 remake is only now entering the early stages of development, and Capcom cautions that it will be a while before we hear another update on the project. The project is confirmed to be overseen by Yoshiaki Hirobayashi however, who served as lead producer of the HD re-release for the Resident Evil remake this year. Beyond that, nothing is known, including which platforms the game is in development for, though it’s a good bet that it’s being planned for PC, PlayStation 4 and Xbox One, given the series’ recent stomping grounds. 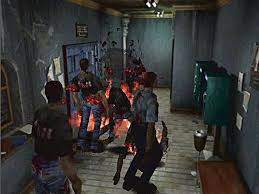 Resident Evil 2 unfolds with two separate character campaigns, one for college student, Claire Redfield, and one for rookie cop, Leon S. Kennedy, each of which is contained on a separate disc in the flagship PlayStation release. The game involves a widespread viral outbreak across the fictional burg of Raccoon City, with players forced to try and survive hordes of zombies and mutant creatures as they try to flee the city, while hopefully also uncovering the mystery of why the dangerous T-virus was unleashed in the first place. Originally, the game was planned to be the series finale, though its climactic prototype was re-tooled when Capcom didn’t wish to abandon the series so early, with Resident Evil obviously still being one of Capcom’s most lucrative and successful franchises today.