NBC’s revival of their superhuman drama series, Heroes is just over a month away, though fans already know that not all of the original cast members will be returning. Milo Ventimiglia’s Peter Petrelli will be absent for example, as will Zachary Quinto’s recurring power-stealing villain, Sylar, which both actors confirmed while doing press rounds for other projects. As it turns out however, one actor isn’t returning because their character has actually been killed since the series formerly concluded with its fourth season in 2010, which series creator, Tim Kring confirmed while promoting Heroes Reborn. 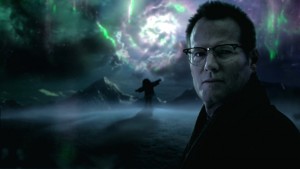 Obviously, this may constitute a considerable spoiler for those who want to go into the revival miniseries without prior knowledge of what’s happened since the conclusion of Season Four. If you’d rather keep the dead character’s identity a secret (even though we can obviously rule out Matt Parkman, Mohinder Suresh, Angela Petrelli, Noah Bennet, and Hiro Nakamura, as they’re all confirmed to make appearances in Heroes Reborn), you may want to stop reading here.

As it turns out, Claire Bennet has bought the farm between the events of Season Four and Heroes Reborn, which is why Hayden Panettiere won’t be a part of the revival series, despite Claire appearing in more episodes than any other character back when Heroes was first airing on NBC. This is a pretty sizable development, as Claire was the one that ultimately outed the existence of the Heroes to the general public at the conclusion of Season Four, and the show’s original tagline happened to be ‘Save the cheerleader. Save the world’ back when it first started, in reference to Claire being a high school cheerleader at the time. Fans would also know that Claire is normally invulnerable, and has the power to heal from any injury or illness instantaneously, though she has ‘died’ when an obstruction pierces her spine in the wrong place, so, presumably, that’s how she meets her end. 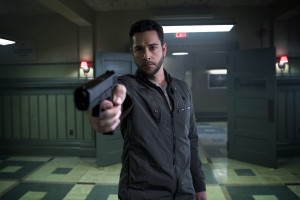 Apparently, Claire died a year prior to the events of Heroes Reborn, and the lasting impact of her death will have a big effect on the overarching story of the revival series. This will be especially true for Noah Bennet, her adoptive father, with Jack Coleman reprising his role as the character that fans affectionately dub ‘H.R.G.’, in reference to his distinct horn-rimmed glasses. While the other returning characters of Heroes play smaller parts in Heroes Reborn, Coleman’s role as Noah/H.R.G. is larger, and he remains a driving force of the plot amongst the many new characters that will be introduced to the canon in the miniseries.

All four seasons of Heroes are available to view on Netflix for subscribers, with Heroes Reborn set to begin airing on Thursday, September 24th, at 8:00-9:00 P.M. EST.

Keep cheering Eggplante for all news and updates on Heroes Reborn, and other developments related to Heroes.