Ubisoft has tried to tantalize more customers to pre-order their upcoming annualized franchise entry, Assassin’s Creed: Syndicate today, by revealing what pre-ordering customers can look forward to as a bonus. 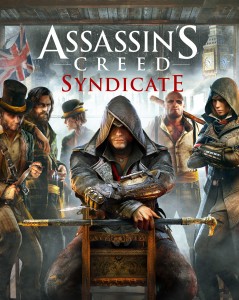 If you pre-order the game for any of its three platforms, regardless of whether it’s the standard edition or the Gold Edition that includes the Season Pass for all upcoming DLC, you’ll score exclusive missions that allow you to interact with Charles Darwin and Charles Dickens. The famed novelist and naturalist are initially only going to be accessible for those pre-ordering the game, but if it’s not in your budget, don’t fret, as Ubisoft will later be selling the Darwin/Dickens missions as a small bit of paid DLC for Assassin’s Creed: Syndicate.

If this sort of pre-order strategy from Ubisoft doesn’t surprise you, then you’ll probably be even less surprised at the company’s next announcement regarding Assassin’s Creed: Syndicate, if you’ve been a longtime fan of the series. Apparently, big shock, the PC version won’t be releasing at the same time as the console versions. The PC version of Assassin’s Creed: Syndicate is now scheduled for release at retail, and digitally on both Steam and the UPlay Store, on November 19th. The PlayStation 4 and Xbox One versions of the game however are still set for October 23rd.

Apparently, the reason for the delay is due to the PC port of Assassin’s Creed: Syndicate being sourced out to Ubisoft Kiev, while core developer, Ubisoft Quebec puts together the PlayStation 4 and Xbox One versions of the game. Ubisoft Kiev wants to make sure that the PC version launches stably and reliably, and has complete parity with the console builds, thus leading to its slight delay. Frankly however, the delay is to be expected anyway, since every PC version of the Assassin’s Creed games, save for last year’s infamously broken Assassin’s Creed: Unity, seems to end up being delayed, and releasing after the console versions, for various reasons. 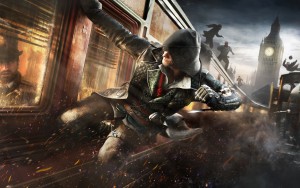 Keep leaping to Eggplante for all news and updates on Assassin’s Creed.