During the past few weeks, Cliff Bleszinski has been teasing his latest game, known up until now only as Blue Streak.

The game now has an official title, Lawbreakers, and we’re glad to say that Boss Key Productions is working on a concept that hasn’t been done before.

A post-apocalyptic free-to-play shooter (okay, we’ve seen that before), the story is where things really get interesting. In the early 2100s, an event known as “The Shattering” takes place when a project on Earth’s moon goes wrong and causes the lunar object to break apart.

Earth is thrust into a series of earthquakes while the split of the moon wreaks havoc on our planet’s gravity.

As expected with any massive event such as this, crime hits a peak with new gangs and cartels, and the player is chosen to play on one side of the fight. As a “breaker,” you’re fighting against law enforcement trying to keep the peace as the worldwide crimewave hits American shores. 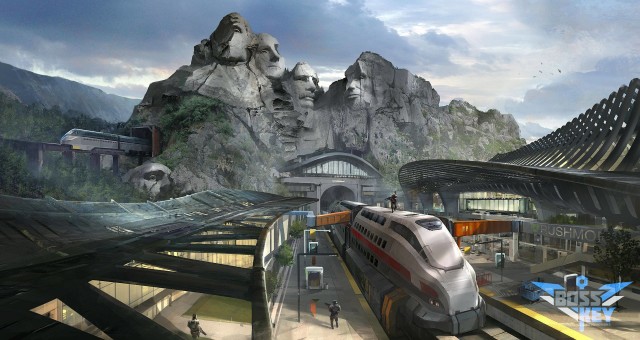 As it is set in the future, Lawbreakers will feature jetpacks and grappling hooks used by both teams in an effort to outflank the other and claim victory. The exosuits used by law enforcement in the game are quite reminiscent of Halo, Dead Space, and Mass Effect. That is to say: been there, done that.

The gameplay itself is said to be a mix of arena-based shooter and a class-based multiplayer, with five players per side. There are said to be familiar locations in the game such as the Grand Canyon, though we expect it to be modernized and then destroyed, so perhaps it won’t be entirely recognizable.

Bleszinski isn’t giving away a ton of details about the game just yet, but does mention that it is all about “gangs, guns, and gravity” and is also somehow great for creating GIFs and YouTube videos. Perhaps there will be some video editing tools in the game itself to make this possible.

Gameplay will be revealed in just over 24 hours, as it will become playable at PAX Prime this weekend in Seattle.