Activision and High Moon Studios’ Deadpool game is the latest last-gen game to get the current-gen remaster treatment. The game is officially re-releasing for PlayStation 4 and Xbox One later this year, namely on November 17th. The remaster will be priced at $49.99 USD. 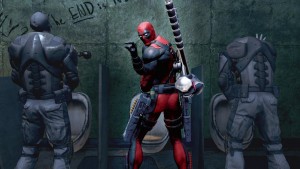 This announcement comes shortly after Deadpool was finally restored on digital storefronts, namely Steam, Xbox 360 Games on Demand, and the PlayStation Store a few days ago, after being removed from sale just over six months after its release in June of 2013, due to the expiring of a former deal with license holder, Activision by Marvel, which Disney didn’t initially renew, following their acquisition of Marvel in 2009. The expired deal also led to the removal of digital store copies for games such as Marvel vs. Capcom 2, Marvel vs. Capcom: Origins, Spider-Man: Web of Shadows, Spider-Man: Friend or Foe, X-Men: Destiny, X-Men: The Official Game, and X-Men Origins: Wolverine – Uncaged Edition, though anyone who bought digital copies of these games already could still play them without issue, with the same obviously being true of physical retail copies as well. Strangely, only the X-Men movie tie-in games were pulled from sale on digital stores, while the Spider-Man movie tie-in games were untouched, with other Marvel movie tie-ins of the time being a moot point, as they weren’t released digitally.

Deadpool’s re-release on PlayStation 4 and Xbox One has predictably promised to include all of the game’s DLC, which consists of special challenge missions for the most part. It’s also presumed that the current-gen re-release will bump up the visual resolution and performance as well. Finally, the game’s re-release feels like a bit of a lead-in to next February’s Deadpool movie from 20th Century Fox hitting the big screen, even if the game’s remaster is dropping a bit early, and is unrelated to Fox’s movie, beyond starring the same Marvel Comics character. 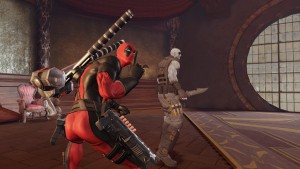 Deadpool is a cheeky, fast-paced action game that has players taking control of the titular Marvel anti-hero. With sick sword and gun skills, teleportation abilities, a healing factor, and a penchant for breaking the fourth wall, Deadpool strikes back against the evil minions of Mr. Sinister in the game that he, himself demanded, making friends and enemies of familiar Marvel personalities, mainly from the X-Men comics, along the way.

If you’re interested in the game and just can’t wait, Deadpool is already available both at retail and digitally for Xbox 360 and PlayStation 3, and digitally for PC via Steam, albeit with a visual downgrade, and the DLC sold separately.

Keep cracking at Eggplante for all news and updates on Deadpool, and other high-profile Marvel games.