NOTE: Full spoilers for this episode of Fear the Walking Dead are present in this review

Fear the Walking Dead finally started to hit its stride this week with “The Dog”, an all-around stronger, smarter and more dramatically satisfying episode, even if one still occasionally bogged down by the inevitable frustration of suffering through questions that the audience already knows the answers to.

Now that the collapse of Los Angeles has officially begun, we pick up with the Clark family trapped in their house, with the power having gone out no less, and Travis’ brood locked in the barbershop with the Salazar family as the riots intensify outside. We also see that the characters’ personalities are starting to come out a little more, now that the breakdown of society has finally started. We see the difference in the tactics of Madison and Travis, with Madison being loyal first and foremost to her own family, doing what she feels is necessary with a heavy heart, while Travis believes that the worst price of the event is compromising humanity, feeling that he must keep hope that things will be fixed, and we have to believe that this isn’t the way the world ends. 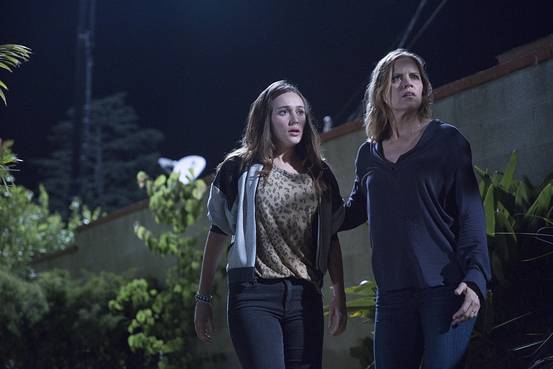 Of course, if you have even a passing familiarity with The Walking Dead in any form, then you already know that Travis is the one who is wrong in how one needs to approach the Walkers, which kind of hurts that debate a bit. Still, we also got a promising third perspective from Daniel Salazar, the barber and Salazar family patriarch who took in Travis’ family against his better judgment. We learn that Daniel is a refugee from El Salvador, and is a survivalist that doesn’t feel remorse for doing what must be done to get by. He carries a more harsh, blunt viewpoint in contrast to even Madison, and that means that Daniel and Travis inevitably clash with their differing views of the Walker outbreak, with the two families having to make an uneasy alliance after they’re forced to escape Daniel’s barber shop, which leads to Daniel’s wife, Griselda suffering a pretty bad broken foot.

Naturally, none of the hospitals are available, so Travis decides that their only option is to bring Griselda to Madison’s house, but the Clark family is tied up in other affairs at first. Their scenes begin with a surprisingly peaceful and almost fun time, as we watch Madison, Nick and Alicia play a game of Monopoly, as any normal family would probably do in a crisis like this one, with no electricity available. This is the first time that this bunch has felt like a genuine family, and not the annoying milktoast idea of what television thinks a family is. 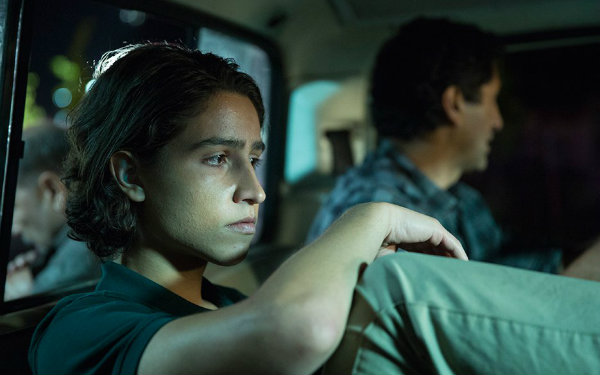 This also leads into a superb sequence where the family has to uneasily watch their neighbour, now a Walker outside, after the previous episode ended with the guy munching on his wife before Madison’s eyes. After some very tense moments with some banging noises, it turns out that it’s only the dog, who is let inside. Being scared, the group decides to explore the vacant house of the victims they saw getting eaten, where Madison knows what weapons and ammo are stored. The three manage to successfully get weapons, but not before they come home to see that their infected neighbour is making a meal of their dog after smashing its way into their house, which is where the episode’s title comes from.

This was another excellent moment, since it’s the first point that Alicia encounters Walkers, and sees what they truly are. It’s her that feels the squeamish terror most bluntly, particularly when Travis’ family and the Salazar family arrive at this point, with Daniel grabbing a shotgun and blasting the Walker’s head off, merely damaging its face on the first attempt. This disturbs Travis and Madison, since the Walker was formerly their good neighbour and friend, though Travis certainly takes it worse, given his more peaceful disposition, and belief that the outbreak is quite temporary, even though the audience would know that he’s wrong.

The next morning, Madison and Travis decide to pack up, following Travis convincing Madison to hold fast for a night, with Madison giving the rest of the medication she salvaged from the school to Griselda, only leaving a bit for Nick and his withdrawal. Daniel also talks to his family about their next move, with daughter, Ofelia urging her parents to join Travis and Madison’s group, while Daniel and Griselda seem against it. 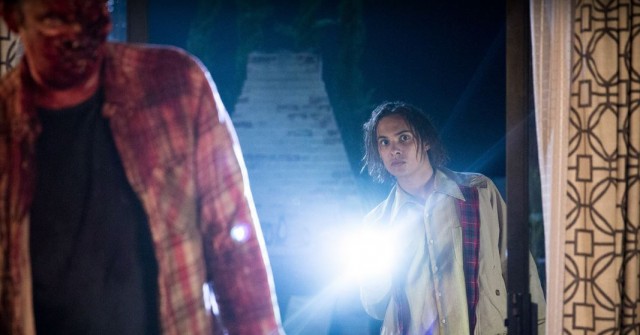 This is perhaps the one element of the story that felt like a stretch, especially since Daniel and Griselda are refugees, and you’d think that they’d value the idea of sticking with good people, especially in a crisis. Frankly, Daniel wanting to keep his family alone and vulnerable doesn’t make much sense, even with his wife having a broken foot, and him thinking that his family is somehow better off without a car, or a larger number of people who can actually walk and perform tasks, just seems like an arbitrary way to create drama, and keep him clashing with Travis. Yes, he’s supposed to be stubborn, but not to the point where it needlessly stacks the odds against his family, especially with Daniel actually believing that things won’t get better! On top of that, this obviously won’t stick, since Daniel and Ofelia at least are core cast members, and will probably be roped along with Madison, Travis and co. before long.

Fortunately, this still gave way to a better moment, where Madison takes a sledgehammer, and tries to bring herself to end the misery of another infected neighbour, whose husband is away on a business trip. She’s ultimately unable to do it, though the husband soon comes home to see his wife as a Walker. Obviously not knowing what’s going on, he attempts to embrace her, just in time for the wife to get a bullet to the head as the military comes in, taking the husband away upon his being doused in Walker blood. Again, this was a strong, well-executed sequence, showing how fearful and unstable the world has truly become, and the military presence is a logical next step that should create some interesting plot developments for the remainder of the season, especially as Daniel views the action from inside Madison’s house, ending the episode by saying aloud that it’s already too late. 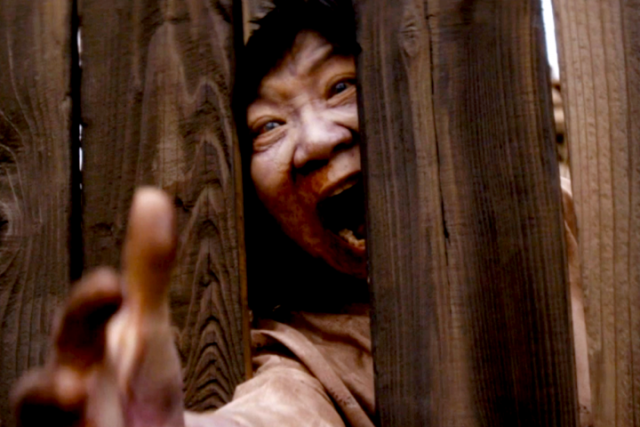 It’s great to see that Fear the Walking Dead is finally starting to find its groove. Its third episode was a big improvement over the previous two, avoiding the slow, plodding pace of the pilot, and fixing the head-slapping stupidity that dragged down the second episode at times. It was emotional, tense, thought-provoking, and generally exciting, while still providing that nice contrast to the main series that keeps it in a more grounded, chilling place than the increasingly feral adventures of Rick Grimes’ crew. It also finally gave the lead characters a better sense of personality and rapport, and is starting to show the promise of enlisting with these all-new characters as much as those in Rick’s group on a weekly basis.

Keep it up, Fear the Walking Dead. You’re on the right track!

Fear the Walking Dead 1.3: "The Dog" Review
Fear the Walking Dead finally starts to come together in its third episode, presenting an emotional, tense and dramatic offering that is finally dividing the characters' personalities, and nicely capitalizing on the breakdown of Los Angeles.
THE GOOD STUFF
THE NOT-SO-GOOD STUFF
2015-09-14
85%Overall Score
Reader Rating: (0 Votes)
0%