One of our favourite technologies of the past two years has been virtual reality, or VR. Between Oculus and Sony’s Project Morpheus, among other platforms, there is no shortage of VR solutions set to hit the market in the next year or two.

At Tokyo Game Show in, well, Tokyo, Sony announced that Project Morpheus is being renamed PlayStation VR. As IGN points out, the name is underwhelming, and doesn’t do much, if anything, to differentiate itself from any other VR system in the works.

The name wasn’t the only thing about VR that Sony announced. We were also given a glimpse at a new list of titles coming to the platform, including some brand new ones such as Cyber Danganronpa VR, Tekken 7, Summer Lesson, and more. Peep the full image of logos below.

This may also be the first time we’re really hearing about mainstream games coming to VR. Franchise titles such as Tekken are necessary for a platform to take off alongside new built-for-VR titles. Without them, gamers may be ushered into thinking that games with established mechanics either don’t fit the VR mould or, perhaps worse, aren’t worth reimagining for the new technology.

Sony has still given no price or release date for Project- err, PlayStation VR, but we expect it before Holiday 2016. 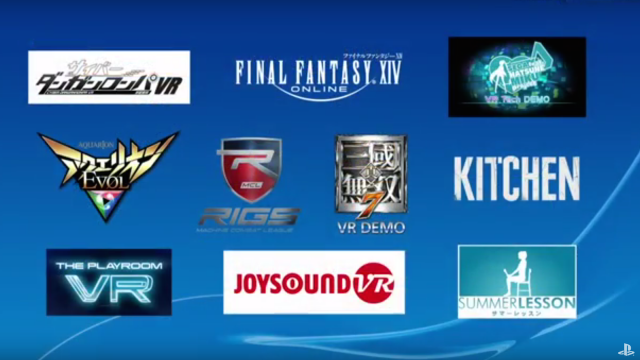