Marvel Studios has made some changes to their upcoming 2018 docket of movies, in the wake of the big surprise success behind this past Summer’s Ant-Man movie, which has now grossed almost $410 million worldwide to date, performing far above expectations. This is largely due to positive reviews and word-of-mouth, with us also being quite pleased with the movie, and awarding it a strong 85% score, and hearty recommendation.

Sure enough, the movie is getting a sequel, which will be titled ‘Ant-Man and The Wasp‘, and the movie is now scheduled for release on July 6th, 2018. Paul Rudd and Evangeline Lilly are set to return as the respective title characters, with Lilly’s character, Hope Van Dyne, officially donning the superheroine mantle of The Wasp for the first time, as teased in a mid-credits scene during Ant-Man. It’s unknown for now whether Michael Douglas will return as original Ant-Man, Hank Pym, as well as whether Peyton Reed will return to direct the sequel. We already know however that Paul Rudd’s Ant-Man is scheduled to return to the Marvel Cinematic Universe next year, as part of the superhero ensemble in 2016 movie release, Captain America: Civil War. 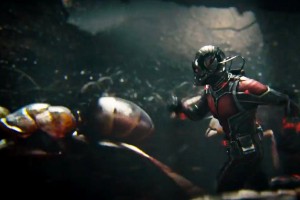 If you noticed something fishy about the July 6th, 2018 date, it’s probably because you’re recalling that another Marvel Studios movie, Black Panther, previously held that date before today. This leads into an announcement of Marvel Studios shuffling around their 2018 slate of movies a bit, namely moving one forward, and one backward. Specifically, Black Panther will now open earlier, on February 16th, 2018! Sadly however, Captain Marvel has been bumped out of the year by the Ant-Man sequel, and will now release on March 8th, 2019, now serving as the third 2019 Marvel Studios movie release, and now standing alongside the previously-scheduled Avengers: Infinity War – Part II on May 3rd, 2019, and Inhumans on June 12th, 2019 for that year. Avengers: Infinity War – Part I is the only 2018 movie unaffected by the shuffle, still inhabiting its May 4th, 2018 date.

On top of making a few changes to their 2018 and 2019 slates, Marvel Studios has also now matched pace with competitor, DC Entertainment, and planned out a 2020 slate of movies. Marvel Studios has booked release dates for three mystery movies in 2020, one on May 1st, one on July 10th, and one on November 6th. What these movies are is anyone’s guess, especially since some may involve characters that Marvel hasn’t even talked about for the movie space yet, though it’s likely that at least the May 1st date is probably for a sequel, given Marvel Studios’ recent scheduling history. Currently, DC has two movies booked for 2020, the first being Cyborg on April 3rd, and the second being Green Lantern Corps. on June 19th.

Keep expanding Eggplante for all news and updates on Ant-Man, and other developments in the Marvel Cinematic Universe.