After being announced for Japan at this past September’s Tokyo Game Show 2015, alongside a PlayStation 4 remaster of the original, Gravity Rush 2 was finally confirmed for a Western release at Paris Games Week 2015 today. The game wasn’t given a Western release window, but is scheduled for a 2016 release in its native Japan at present. Unlike its predecessor, which originated as a PlayStation Vita exclusive in 2012, Gravity Rush 2 is being made exclusively for PlayStation 4. 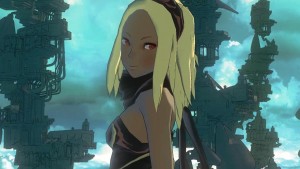 Gravity Rush 2 also received some early details at Sony’s Paris press conference, including the return of protagonist, Kat being made official. The game will apparently now allow players to alter gravity’s force, ranging from Normal Gravity, to Lunar Gravity, which speeds up Kat at the cost of making her attacks weaker, and finally, Jupiter Gravity, which makes Kat stronger, but also more sluggish in movement. The sequel will also apparently support a Tag Battle mechanic, wherein a CPU-controlled ally can assist you in boss battles against large-scale foes.

Along with the news on Gravity Rush 2, Sony also spoke a bit about Gravity Rush: Remastered, which will see the original PlayStation Vita release get touched up and enhanced for PlayStation 4. The game is on track for a February 2016 release in the West, though while it’s getting a physical retail release in Japan, complete with a Collector’s Edition, the game will be digital-only in North America and Europe, and only available to buy on the PlayStation Store. The game will also be priced at $29.99.

Keep falling to Eggplante for all news and updates on Gravity Rush.