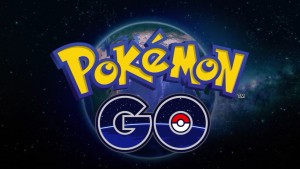 When Pokémon Go was announced in September, it showed us what the future of the monster-catching series could be while offering a glimpse into Nintendo’s smartphone wares.

There have been a lot of theories as to how the game will work, when it will launch, and even a comic depicting how horrible it would be to hide Legendary Pokémon in virtually impossible to reach places on the planet.

We’ve got a few ideas about how Pokémon Go should play out to make it the most fun for the most people.

With the draw of location-based Pokémon, theres a lot of talk about where in the world rare and legendary creatures would be hidden. While we think it may be interesting to have a small number of Pokémon hidden in specific areas, we think what determines the common Pokémon in someone’s game should be where they live.

For example, if a person begins playing in Buffalo, the Pokémon nearest their home would be commons like Pikachu or Pidgey. As they begin moving away from their usual area, Pokémon become increasingly rare. If that player goes to New York City, for example, they may spot a Hitmonlee or Hitmonchan. Venturing farther out to Florida, or perhaps on a trip to London, they may have the opportunity to catch a Zapdos. By the same token, someone starting out in the United Kingdom would see a Bulbasaur far before they ever spot a legendary like Zapdos.

This design would not only even the game out for everyone, but give people who travel the opportunity to bring home some pretty cool Pokémon they wouldn’t otherwise see. If a friend returns from a trip to Peru, and another from Alaska, you’d have the opportunity to share in their discoveries as if you’d gone there yourself.

In other current theories about Go, the game would house certain legendary Pokémon in places like the Acropolis or perhaps the Sydney Opera House. However, that would make the game entirely unfair for someone who either isn’t able to travel to those places, or for someone who lives in the places where these monuments exist.

Of course, all this is conjecture. No one has any idea when Pokémon Go will launch (probably not even Nintendo), nor do we have any idea how much it will cost (if anything), what scale the game is on, or how many creatures will be in the game. There’s also the possibility of downloadable content with new Pokémon while we have yet to hear anything about the game’s multiplayer components, if any.

When we know more about Pokémon Go, we’ll be sure to let you know. And yes, we know that rhymed.