Microsoft has drawn back the veil on the final selection of free games that will be offered to Xbox Live Gold members in 2015. The first batch of new Games with Gold rewards are set to go live on Xbox One and Xbox 360 in exactly one week from today, on Tuesday, December 1st. If you have yet to redeem Pneuma: Breath of Life on Xbox One or Dungeon Siege III on Xbox 360, you have until then to do so, before they return to their original paid pricing for Xbox Live Gold members. Knight Squad will remain free on Xbox One until December 15th, at which point, it will be replaced by December’s second free Games with Gold reward. 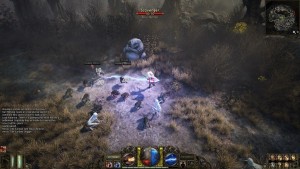 As usual, you must have an active Xbox Live Gold membership to redeem any free rewards on either console, and must maintain one at all times to play any free rewards on Xbox One. Any Xbox 360 games redeemed through Games with Gold however are available to permanently keep and play, even if you subsequently allow your Xbox Live Gold membership to lapse. Bear in mind as well that all free Xbox 360 game rewards offered through Games with Gold are also backwards-compatible on Xbox One.

With that said then, let’s break down what Xbox Live Gold members can look forward to snagging for free this December:

To start, throughout the entire month of December, Xbox One owners can redeem the new Xbox One port of Gothic action-RPG, The Incredible Adventures of Van Helsing, launching for the first time on December 1st. Originally released for PC and Mac in 2013, The Incredible Adventures of Van Helsing places players in control of the young son of Abraham Van Helsing, slayer of the legendary vampire king, Dracula. The young Van Helsing must take up his father’s mantle in a weird, intentionally anachronistic city filled with scientific abominations, which only the Van Helsing heir can stop. The original PC release of the game received decent reviews, with the customization and tongue-in-cheek presentation being praised, even if the story was considered disappointing.

The second free Xbox One reward for December will be Square Enix’s stealth-action reboot, Thief, which replaces Knight Squad as a free reward on December 16th, and will be free until January 15th of 2016. Placing players in control of master thief, Garrett, who sneaks around a steampunk city in an effort to rob the rich, upon the brink of an uprising by the lower-class citizens. Thief received decent reviews upon its initial release in 2014, with its stealth mechanics being praised, even if its story and exploration were criticized, on top of the common consensus that the reboot was considerably inferior to the classic Thief games that it drew inspiration from. Thief is also available for PC, PlayStation 4, Xbox 360, and PlayStation 3. 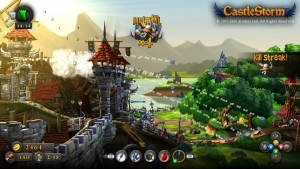 The first Xbox 360 reward for December, meanwhile, will be CastleStorm, which will be free from December 1st to December 15th. A colourful and zany tower defense game, players must defend their keep using a variety of assorted weaponry, from apples to maces and even to sheep! CastleStorm received good reviews when it initially released in 2013, with its fun gameplay and presentation being praised, even if some felt the game was derivative. CastleStorm is also available for PC, PlayStation 3, PlayStation Vita and Wii U, and an enhanced ‘Complete Edition’ of the game is also available for PlayStation 4 and Xbox One.

The second free Xbox 360 reward, which will be offered between December 16th and December 31st, is Sacred 3. An action-RPG with an emphasis on co-op, players choose from a selection of heroes, and fight to defend their world from Lord Zane, who seeks to unleash the might of the underworld. Sacred 3 was met with underwhelming reviews, unfortunately, with its visual style being praised, though its gameplay and botched sense of humour were huge points of contention, with this latest follow-up being considered well beneath the quality of the previous two games. Sacred 3 is also available for PC and PlayStation 3. 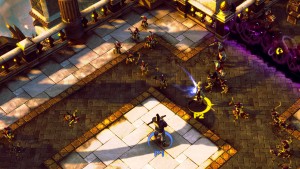 If you’re bummed about the negative reception toward Sacred 3 however, don’t despair, as Microsoft is offering a bonus free Xbox 360 reward for Games with Gold between December 16th and December 31st! This additional free game will be Operation Flashpoint: Dragon Rising, a so-called ‘military simulation’ by Codemasters, which plays like an intense tactical shooter. Players must fight as part of an American/Russian alliance against a fictional faction of the Chinese army who lead an uprising on the fictional Asian island of Skira. The game was praised upon release for its attention to detail, intense combat and strong multiplayer/co-op component, though its rough presentation and punishing difficulty were also criticized. Operation Flashpoint: Dragon Rising is also available for PC and PlayStation 3.

December’s Games with Gold selection seems like a pretty solid way to close out the year, even if it’s certainly not one of the best Games with Gold selections that 2015 has offered. Still, the additional bonus of Operation Flashpoint: Dragon Rising on Xbox 360 should be a great way to spotlight an overlooked shooter, and even if Sacred 3 is tough to get excited about, CastleStorm should also prove to be a lot of fun for many Xbox Live Gold members, if they missed the opportunity to pick up its superior ‘Complete Edition’ when it was a Games with Gold reward on Xbox One a few months ago. The Xbox One rewards are a bit more exciting than what’s offered on Xbox 360 this month overall, even if they also have some questionable reception in some circles. Still, it’s been several months since Xbox One owners have gotten a full retail game awarded for free, and the brand new console release of The Incredible Adventures of Van Helsing is an exciting prospect as well.