Shortly after Microsoft revealed the final batch of 2015’s free Games with Gold rewards on Xbox platforms for this December, Sony has now chimed in with the six free games that PlayStation Plus members can look forward to redeeming this coming month.

The new PlayStation Plus games go live this coming Tuesday, December 1st, marking the latest occasion when both Sony’s and Microsoft’s new free games for premium members go live on the same day. At that point, November’s freebies will return to their original paid pricing for PlayStation Plus members. Thus, if you have yet to snag The Walking Dead: Season Two, Magicka 2, Mass Effect 2, Beyond Good & Evil HD, Dragon Fin Soup, or Invizimals, you have until then to do so. As usual, you must have and maintain an active PlayStation Plus membership to play any free games redeemed from PlayStation Plus, at any time, on any platform.

Without further ado then, let’s see what PlayStation Plus members have to look forward to when it comes time to start closing out 2015 next month: 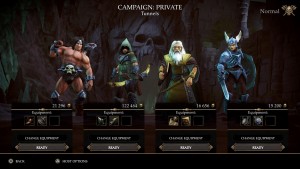 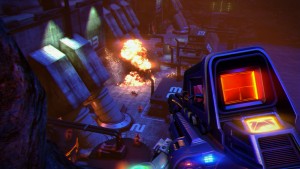 The second free PlayStation 4 reward for December will be Gauntlet: Slayer Edition, another re-imagining of a retro 80’s game franchise. Originally released for PC in 2014, and simply titled ‘Gauntlet‘ in that incarnation, Gauntlet: Slayer Edition is an enhanced port made exclusively for PlayStation 4, bringing the co-op-centric hack-and-slash gameplay to consoles. Players choose from one of four races, and navigate dungeons that combine pre-defined map design with random, procedurally-generated environments. Gauntlet: Slayer Edition received good reviews upon release, with its blend of retro and modern sensibilities, along with its co-op design, receiving particular praise, even if its lack of environmental variety was criticized.

Next, the first PlayStation 3 reward for December will be Far Cry 3: Blood Dragon. This standalone expansion to Ubisoft’s smash hit open-world first-person shooter, Far Cry 3 re-envisions the game as unfolding in a post-apocalyptic, 80’s-inspired neon warzone. Players take control of Rex “Power” Colt, an all-American cybernetic soldier who has been dispatched into enemy territory to take out Colonel Sloan, though he’ll have to face off against his army of cyborgs and a wildlife heavy with monstrous Blood Dragon creatures first! Far Cry 3: Blood Dragon received very positive reviews upon release, including from us, with its novel spin on Far Cry 3’s gameplay being praised, along with its sense of humour, cheeky 80’s references and visual design, even if its short length was criticized. Far Cry 3: Blood Dragon is also available for PC and Xbox 360.

The second free PlayStation 3 reward for December will be SSX, the 2012 reboot of the acclaimed snowboarding game series. Players take on a series of the most deadly descents in the world, in an effort to both race opponents, and perform trick combos to increase their scores. Players’ skills are then put to the test by simply trying to survive the most dangerous snowboarding locations imaginable, with a limited amount of rewinds. SSX received positive reviews upon release, with its gameplay and general polish being praised. SSX is also available for Xbox 360.

Finally, the first free PlayStation Vita reward for December will be Freedom Wars. An action-RPG that can be played solo, or online with other players, Freedom Wars casts players as a prisoner on a dystopian Earth in the distant future. With one million years on a prison sentence, players undertake missions to better the dying planet, in exchange for gradually reducing time off of their sentence. Freedom Wars was praised for its innovative gameplay and novel story concept, though it was criticized for its repetition and occasionally punishing difficulty. 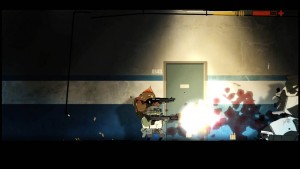 There’s definitely a theme of retro chic between several of the PlayStation Plus freebies next month, even if the PlayStation Vita is certainly an exception, with Freedom Wars and Rocketbirds: Hardboiled Chicken both being great rewards that feel more forward-thinking in terms of their design. That’s not to say that the retro-friendly releases are bad though. In fact, this is a particularly strong month for PlayStation Plus rewards, as Far Cry 3: Blood Dragon, Gauntlet: Slayer Edition, SSX and King’s Quest Chapter 1: A Knight to Remember are all immensely fun to play! You really can’t go wrong this month, and it’s owners of all three current Sony platforms that are especially getting spoiled, assuming they don’t somehow own all six of the free games on offer!