NOTE: Full spoilers for this episode of The Last Man on Earth, including a major character death, are present in this review

The Last Man on Earth really struck gold over the past few weeks, and seemed to achieve a new high point last week, with “Secret Santa”, the first half of a two-part Christmas event for the show. Now, we have the second half of said event, “Silent Night”, though any mention of Christmas takes a firm back seat, as the group desperately tries to deduce how to save a dying Phil Miller, the other one, from appendicitis.

The result is a spectacular new high point for the show, with “Silent Night” delivering truly outstanding comedy and drama in equal measure, and hopping between both of them at will without ever missing a beat. As much as the stakes are high, and Phil could die at any moment, there’s plenty of effective laughs that are mined throughout events, as Gail must perform impromptu surgery with no knowledge or medical licensing, as everyone else scrambles to try and go on supply runs. 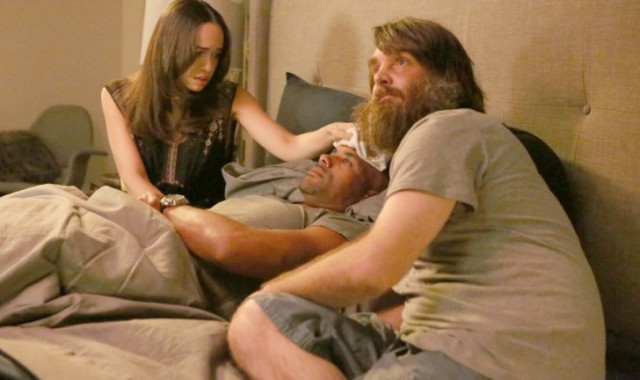 This proved to be a perfect device for the midseason finale of Season Two, as many characters must not only confront their own mortality, but also their sometimes strained relationships with each other. This, again, leads to breakdowns and emotional outcries that are both dramatic and funny in equal measure, particularly as Melissa breaks down in tears while finding supplies with Carol, following Todd rejecting her marriage proposal from the previous episode, and original Phil tries to keep everyone calm and focused with a series of increasingly terrible jokes. On that note, Will Forte easily gets some of the biggest laughs in an already surprisingly hilarious episode of The Last Man on Earth, since Phil’s aggressive incompetence with making people feel better is rarely better than it is here.

When original Phil and Todd are unable to locate a cadaver at the nearby morgue for Gail to practice on, Phil makes the controversial suggestion to dig up the corpse of Gordon, leading to Todd having something of a nervous breakdown, and recounting all of the traumatic events that the group has suffered over the course of Season Two so far. It actually effectively puts things into perspective, showing how this show is so good at being dark, and yet also mining that darkness to produce very potent comedy, especially as Phil must try and slap Todd around until he calms down, similar to how Carol says that it’s great that Melissa is opening up during her own breakdown, but tells her to put her feelings in an, “Emotional doggie bag” so that they’ll be tastier later. As usual, Carol is one-of-a-kind with those kinds of examples!

As other Phil’s condition worsens, Gail, despite Carol and Melissa finding a surgical practice dummy for her to try and perfect her surgery skills on, is forced into action, following original Phil and Todd then hilariously trying to cover up that they dug up Gordon, after they see Gail has found a practice dummy, in another of the episode’s funniest jokes. It actually almost looks like Gail will successfully save Phil, particularly as Todd agrees to assist in the surgery, while everyone else watches from outside a plastic covering.

While all this is going on, we also occasionally cut back to Mike, up in space. After being blown out of the airlock at the end of last week’s episode, Mike grabs on to a tether, and successfully pulls himself back into his space station. After interacting with the worm, whom he names, “Phil”, in a rather touching moment, Mike resolves to return to Earth. He brings the worm into the evacuation pod, which he shoots into the atmosphere, even though it’s unlikely that the pod will hold together without the aid of mission control, and Mike looks to be plummeting into certain death.

The ending was the best part in an already excellent episode, with quick cutting between Gail’s surgery, and Mike’s descent, both symbolizing the incredible leaps of faith that characters are taking to preserve their family, and any chance to stay together. Togetherness, and the need for others, no matter how seemingly different from you and your situation, is a big theme in The Last Man on Earth, and it’s beautifully come to the forefront in these Christmas episodes especially.

The episode’s ultimate ending is also both shocking and suspenseful, particularly for Mike, whose fate is never revealed. Phil however is a different story, as Gail and Todd try to stop Phil from internally bleeding when they inevitably make a mistake with removing the appendix, and the episode ends with a droning flatline, as the two fail to save Phil. Yes, the other Phil Miller has died, leaving Erica’s future baby without its birth father. It might have been inevitable that Gail would fail to save Phil, since Boris Kodjoe isn’t a series lead, and the joke of having two Phil Miller’s in the same community has now fully run its course, but the moment is still sad, not to mention flawlessly directed. 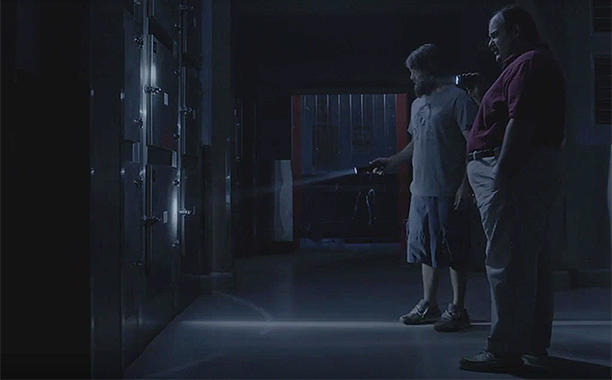 “Silent Night” is one of the best midseason finales that this entire television season has offered in general, and definitely the best episode of The Last Man on Earth to date. In fact, the episode is so good, that it’s all the more difficult to think about FOX now benching the show temporarily, alongside Bones, and not currently having a placement for it in 2016, so we don’t know when exactly we’ll see the fallout of Phil’s death, and Mike’s fate. There’s eight episodes left in the Season Two order for The Last Man on Earth, and its recent ratings bump is sure to keep it healthy and strong for renewal again, but for now, we have to play the waiting game in the worst way, since no return date can be marked on the calendar yet. Hopefully, this isn’t the case for too long though, as The Last Man on Earth wrapped its 2015 run by having never been better!

The Last Man on Earth 2.10: "Silent Night" Review
The Last Man on Earth delivered a stellar midseason finale, and its best episode to date, as it concludes its two-part Christmas event, seeing the group valiantly fighting, and ultimately failing to stop a tragedy, while Mike finally takes the leap of faith in returning to Earth.
THE GOOD STUFF
2015-12-14
97%Overall Score
Reader Rating: (0 Votes)
0%