Despite Microsoft unveiling 2016’s first batch of free Games with Gold rewards a bit early, Sony stuck to the usual timetable for the revelation of 2016’s first selection of free PlayStation Plus games. Now, we finally know which free games PlayStation Plus members will be able to kick off 2016 with! 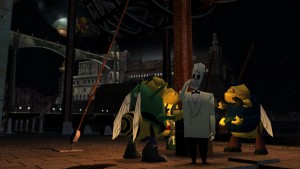 As usual, you must have and maintain an active PlayStation Plus membership to both redeem and play any free PlayStation Plus rewards at any time, on any platform. The new PlayStation Plus games for January will go live on Tuesday, January 5th, at which point, December’s free rewards will go back to their normal paid prices for PlayStation Plus members. Thus, if you have yet to redeem King’s Quest Chapter 1: A Knight to Remember, Gauntlet: Slayer Edition, Far Cry 3: Blood Dragon, SSX, Freedom Wars, or Rocketbirds: Hardboiled Chicken, you have until then to do so.

Without further ado then, let’s see which freebies PlayStation Plus members can look forward to this January:

To start, on PlayStation 4, PlayStation Plus members will be able to redeem Grim Fandango: Remastered. This re-release of the fan-favourite classic adventure game has players take control of Manny Calavera, an undead ‘travel agent’ for recently departed souls. Working to make his way to his final rest in the 9th Underworld, the game has Manny working the grind to get his Number-Nine Ticket to paradise, but stumbles upon a conspiracy that will place him on the run from the worst of the afterlife. Being a beloved classic, Grim Fandango: Remastered naturally received high acclaim upon release at the start of this year (including from us), with its very clever plot and sense of humour receiving high praise, along with how well the game has held up over time. It’s also cross-buy, meaning that the game will be offered free on PlayStation Vita as well, and redeeming the game on either platform will net you the other version at no cost. Grim Fandango: Remastered is also available on PC, Mac, Linux, iOS, and Android.

The second free PlayStation 4 reward for January will be Hardware: Rivals. A follow-up to 2002 game, Hardware: Online Arena for PlayStation 2, Hardware: Rivals will feature fast-paced vehicular combat, with players able to choose between tanks and fast land vehicles, between Team Deathmatch and Team Domination play modes. The game will also allow for a Tutorial and Target Practice in single-player gameplay. Hardware: Rivals is releasing for the first time on January 5th, and will be exclusive to PlayStation 4. 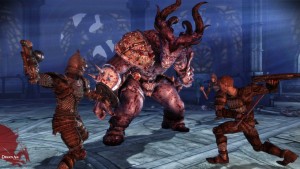 Next, the first free PlayStation 3 reward for January will be Dragon Age: Origins. A visceral and bloody fantasy action-RPG from the genre masters at BioWare, players take control of a Grey Warden from one of several races, who fight to defend the land of Ferelden from the villainous Darkspawn. Dragon Age: Origins received outstanding acclaim upon its initial release in 2009, with its story, characters, gameplay and production values all being widely beloved by RPG fans and gamers overall. Dragon Age: Origins is also available for PC, Mac, and Xbox 360. 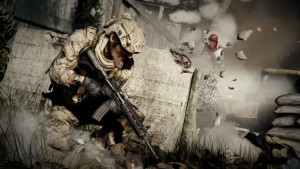 Finally, the first free PlayStation Vita reward for January will be History: Legends of War – Patton. A turn-based strategy game inspired by the real history of General George S. Patton during WWII, the game was praised for its high-value strategic gameplay and historical accuracy, even if its presentation did net a bit of criticism, on account of underwhelming production values. 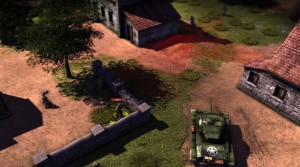 Lastly, the second free PlayStation Vita reward for January will be Nihilumbra, puzzle-platformer that places players in control of a hero called Born. As players navigate Born throughout the game, they’ll receive different coloured powers, which will allow them to affect the scenery, and proceed through the adventure. Nihilumbra received positive reviews since its debut on iOS in 2012, with its creativity and well-crafted progression being praised. Aside from iOS and PlayStation Vita, the game is also available for PC, Mac, Linux, Android, and Wii U. 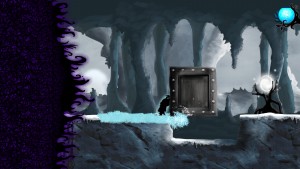 There have certainly been worse months for PlayStation Plus, though this kick-off selection might leave some players wanting. Grim Fandango: Remastered and Dragon Age: Origins are clearly the highlights this month, and are definitely must-play offerings if you have yet to experience them. Legends of War: Patton and Nihilumbra are decent offerings themselves, if you happen to own Sony’s handheld, though Hardware: Rivals could go either way, especially since it seems to be trying to gun for the competitive market of games like Rocket League. Medal of Honor: Warfighter is also a pretty lacklustre freebie, and seems to suggest that Sony is running out of worthwhile free games to offer on PlayStation 3.