It’s been off the air since November, but miniseries, Heroes Reborn has returned for its final three episodes as of this week, with, “Send in the Clones” starting things off for 2016. The good news about this episode is that it’s another of the more tolerable episodes within this rather shaky miniseries, particularly as things begin to quickly move toward the ultimate climax that everything has been building towards. Unfortunately though, this episode still doesn’t fix the miniseries’ issues with plotting and characterization, which still leaves the increased momentum feeling like it’s not being appropriately serviced by a worthy narrative.

With everyone that Erica Kravid plans to send to the future gathering at Odessa, we see Tommy send Miko back to the present, with Miko conveniently, “Dying” at this point, so she has no choice but to, “Play her part” in the final battle. Yes, the story threads are pretty transparent in the lead-in to the climax, as everything moves to shuffle out characters that are no longer necessary, and push the plot along to its final bow. At the very least though, Heroes Reborn becomes a bit more tolerable when it drops the pre-tense of smart plotting, and simply embraces a sense of silliness. Sadly, that doesn’t happen nearly often enough in this miniseries. 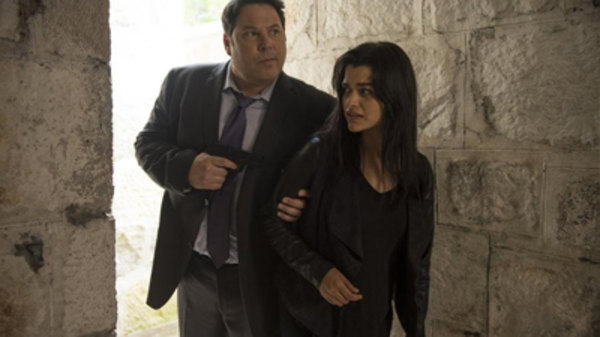 Regardless, we also pick up back at Sunstone Manor, as Taylor, Carlos and Farah remain boxed in by a small army of Harris clones. Fortunately, they also manage to find Micah, and free Carlos’ father and nephew. Taylor and Rene run into Matt Parkman however, who finally explains his turn to villainy in proper detail. Apparently, Parkman was tired of hearing the spiteful and negative thoughts of people, which eventually drove him to an insane self-loathing that caused his wife to walk out on him with their child. Yes, Parkman’s wife has inexplicably left him, again, after doing so during the former Heroes series for a similarly contrived reason, only to return towards the end of the show’s run, and re-marry her former husband.

The worst part about this stupid reason for Parkman’s villainy though is that it’s not even the worst reason. The worst reason is the bullshit explanation for Parkman’s powers tormenting him, and somehow pushing him to evil. THAT IS NOT HOW PARKMAN’S POWERS WORK!!! That’s not how they’ve worked since Season One of Heroes, and even then, that’s not quite how they functioned. Parkman had a perfect handle on his abilities past the halfway point of Heroes, and was only able to read minds when he focused on doing so. Unless he’s been lying about how his abilities work this whole time, or just arbitrarily reading people’s minds like a jackass, this explanation makes no sense, and goes against the former show’s canon. Moreover, when Taylor tries to tell Parkman that her mother is going to betray him, he acts like it’s a big shock, and that Taylor is lying. You can read thoughts, you idiot! It’s pretty easy for you to tell whether she’s lying! It really feels like the miniseries has just thrown up its hands with Parkman’s botched character turn at this point, and is just doing whatever with him now, with Parkman even learning that Taylor is pregnant in a very contrived, needlessly disconnected fashion, and driving to Odessa with her. Why? Why not.

As for Carlos and Farah finding Micah, they eventually come across him in isolation, with the help of Carlos’ nephew, but Carlos can’t use his magic Iron Man knock-off armour to punch through the protective glass. Eventually though, his father comes in, just to be killed off by some random employee (yes, really), which motivates Carlos to punch through the glass and pull Micah out, in the epitome of hilariously lazy character solutions in this episode. Micah then responds by telling everyone that Erica has been lying to all of them, and that they have to, “Band together to save the world.” On top of being a massively corny cliche, this begs the question of how this is going to help the world being annihilated by two massive solar flares in a matter of hours, but hey, maybe we’ll find out next week. 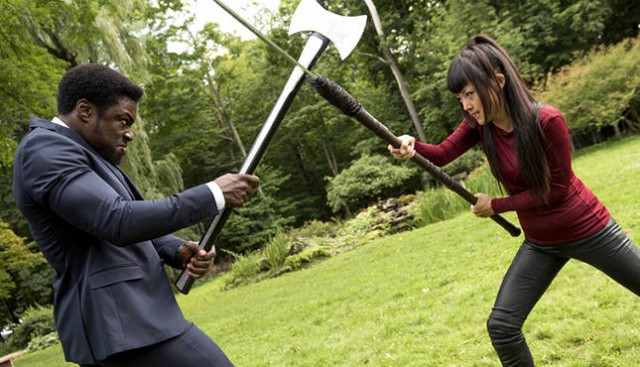 Meanwhile, Miko comes to fight through the Harris’s, since 9th Wonders told her to do so (seriously, what was the point of killing off Isaac Mendez on Heroes if the 9th Wonders comics are still inexplicably being made?!), and Harris Prime calls off his clones to challenge her to a one-on-one duel. Yes, really. This is enormously silly and non-sensical, but at least it’s a way to weed out more characters that have outlived their usefulness. Yes, Miko kills Harris Prime after a reasonably enjoyable final battle, in turn destroying all of the Harris clones at the same time, and allowing Carlos’ party to escape and return to Odessa, just as Miko ‘dies’ by disappearing into a mess of pixels. I suppose that it’s about as good an exit as we could have asked for for both characters, even though Harris Prime is an idiot for taking on a highly powerful avatar-made-flesh that predictably kicks his ass for most of the fight, and ultimately kills him. I thought Harris was supposed to be a smarter man than that, but he is hired muscle, so maybe not.

The remaining major plot thread in this episode follows Luke and Malina, who make preparations to find Tommy, and stop the coming disaster. Yes, for whatever reason, Noah Bennet is completely absent in this ‘midseason premiere’ for Heroes Reborn. Anyway, Luke and Malina are eventually cornered by Quentin, Phoebe and a Harris clone, and try to evade them by running into a corn maze. By sheer luck, they end up taking out the Harris clone, subduing and disabling Phoebe, and capturing Quentin. Quentin eventually spills that Tommy is in Odessa for the final stage of Erica’s plan, and then this party travels toward Odessa themselves, alongside Carlos’ party, and Parkman and Taylor. In all honesty, it’s a pretty decent setup for the penultimate episode of the miniseries next week, and a good note to end this episode on. It’s just too bad that the story of the miniseries still mostly isn’t up to snuff, even with just two episodes left.

Oh, and speaking of not being up to snuff, Joanne is now meeting with Erica, who wants her for some other plan, now that Micah broadcast Erica’s true nature to every screen in the world simultaneously. The show also offered a half-hearted explanation for why the world wasn’t aware of Joanne’s murder sprees, since they got Micah to change headlines. Yeah, this still doesn’t erase forensic evidence, so chalk it up to another lazy plot contrivance. Anyway, I guess we find out what this alliance means next week, though I have no idea how Joanne’s character can still serve any purpose in the plot of the miniseries at this point, beyond being a contrived excuse to cause trouble, which, in fairness, is all her character has ever been anyway. 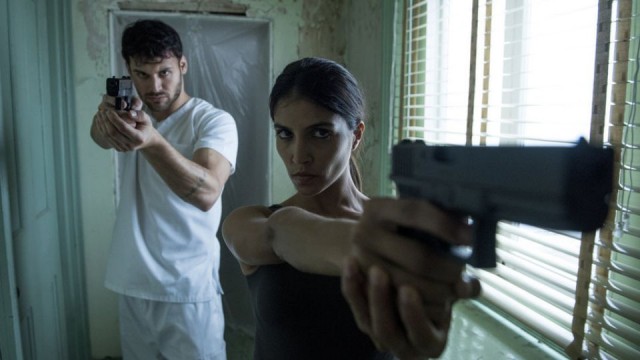 At this point, Heroes Reborn probably isn’t going to achieve any sense of worthwhile potential, since the break from 2015 still hasn’t really addressed the several gaping flaws of the miniseries. Regardless, “Send in the Clones” at least compensated for its continued lack of brains with some decent excitement and buildup for the final couple of episodes. At this point, this kind of middling satisfaction is probably the best that we can ask for.

Heroes Reborn Episode 11: "Send in the Clones" Review
Heroes Reborn kicks off its final three episodes in 2016 with a mildly exciting, but still mostly brainless midseason premiere. Despite a decent buildup to the climax this week, the non-sensical elements of the storyline are still routinely dragging down the show.
THE GOOD STUFF
THE NOT-SO-GOOD STUFF
2016-01-09
74%Overall Score
Reader Rating: (0 Votes)
0%