You might not think it from looking, but Will Ferrell and Mark Wahlberg are actually a pretty strong comedic duo. They proved as much in 2010, with the very amusing and clever cop comedy, The Other Guys. It’s actually kind of surprising that it’s taken Ferrell and Wahlberg five years to re-team, but finally, it’s happening, thanks to Paramount comedy, Daddy’s Home, a movie that attempted to cash in on the family rush of the Holiday season. 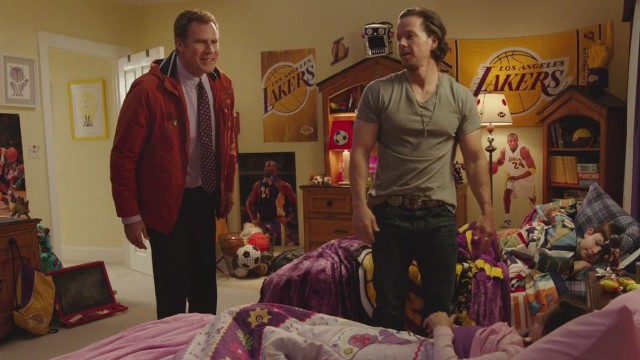 Considering that The Other Guys had some highly memorable jokes throughout the runtime, it’s downright frustrating that Daddy’s Home feels so disappointingly bland. Ferrell and Wahlberg are the sole bright spots of the movie, which is also headlined by a mostly wasted Linda Cardellini, and it’s no exaggeration to say that there is absolutely nothing noteworthy to define Daddy’s Home. It’s not a bad comedy, but it’s very milquetoast in execution, feeling acceptable enough, but ultimately far too unoriginal and forgettable to truly register.

All of Daddy’s Home is pushed forward by the conflict between a stepdad, and a real father. Super-stable, mild-mannered Brad Whitaker, Ferrell’s character, ends up butting heads with devil-may-care bad boy birth father, Dusty Mayron, Wahlberg’s character, and honestly, it’s a pretty decent setup for a comedy, especially one with a proven comedic team behind it. After that joke starts predictably wearing thin however, the rest of Daddy’s Home really doesn’t seem to have a leg to stand on.

This isn’t the fault of Ferrell and Wahlberg however, who manage to create at least some charm amidst the lack of originality. The two continue to have strong comedic chemistry, and this gives Daddy’s Home at least a handful of worthwhile jokes, even if many of the best ones were unfortunately given away in the trailers. You can tell that Ferrell and Wahlberg are really doing their best, and they do throw as much energy as they can into their parts, which is one of the reasons why The Other Guys worked so well back in 2010, but it’s not enough to make the rest of the movie genuinely interesting.

There are a couple of supporting performers trying to help push things along as well, to mixed effect. Like I said, Linda Cardellini is usually a pretty enjoyable presence, but she’s given very little to do here, and completely feels like a plot device for the men to fight over. Cardellini does nothing but react to the whims of the script, making her housewife character feel like little more than the spoils of war, with no defining personality of her own. At least Thomas Haden Church fares a bit better, as Brad’s goofy boss, Mr. Holt, even though Church was seemingly not given any lines, and just told to improvise. At least Holt’s raw silliness makes him probably the movie’s funniest supporting character though, even if he’s a caricature that’s very far removed from real life.

There are a handful of decent cameos in Daddy’s Home as well, between Bobby Cannavale, Bill Burr and John Cena, to name some examples, but they’re so fleeting that, even when their jokes really work, it never feels like it elevates the movie. Instead, everything is left to be carried by the shoulders of Ferrell and Wahlberg for the most part. Maybe that’s enough to make a functional comedy, but ‘functional’ definitely doesn’t immediately equate to ‘effective’.

Daddy’s Home may have a sound premise for a comedy, being a dad-vs.-stepdad duel for the love of a wife and children, but beyond that, the better part of the storyline feels like it’s entirely cobbled from various other movies. A big part of the reason why the movie feels so unremarkable is that many of its comedy set pieces stop at the first hurdle, and simply go for the low-hanging fruit of a punch line. This leads to many jokes feeling predictable, when they’re not simply illogical. 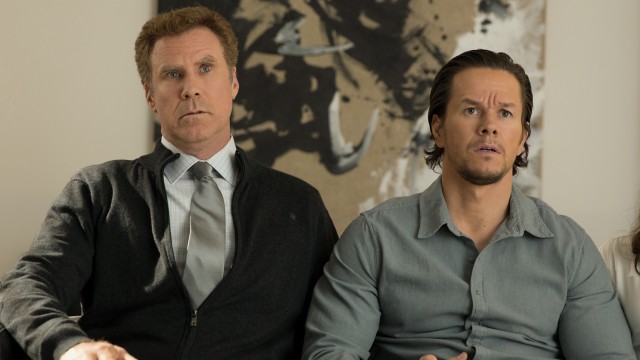 That’s not to say that Daddy’s Home is never funny. It will occasionally get a laugh, or at least a chuckle during the better scenes, but a few chuckles probably aren’t enough to hike it to the theatre, especially in Winter. You could just as easily wait for a home rental opportunity with Daddy’s Home, which is an inoffensive time-waster, but never really feels like it excels as a comedy. Even the sharp comedic duo of Ferrell and Wahlberg can’t elevate a storyline that feels so by-the-numbers, especially when too many of the jokes play out exactly the way that audiences will expect them to.

Daddy’s Home is helmed by Sean Anders, a decent comedy writer and a more middling comedy director. Anders’ previous directing credit was 2014’s mostly unremarkable sequel, Horrible Bosses 2, which he also wrote. Daddy’s Home sort of achieves a similar level of being adequate, without being truly exemplary. It’s directed well enough, but it’s mostly structured around just letting Will Ferrell and Mark Wahlberg improvise most of how it unfolds.

Whenever Anders does structure more large-scale comedic set pieces, he sometimes does so a bit awkwardly. There’s some strange slapstick that really doesn’t fit the tone of the movie well, with a dubious highlight being an obvious superimposition of Mark Wahlberg’s face atop a skateboarding stunt double, which feels almost intentionally awful-looking. It feels like Daddy’s Home honestly doesn’t know which comedic style it wants to commit to most, so it just tries whatever, which contributes to the feeling of it being very bland, and completely failing to stand out in any way.

Daddy’s Home is the textbook definition of a milquetoast PG-13 comedy, not truly being bad, but also not being all that good either. It’s like the cinematic equivalent of chicken nuggets, potentially hitting the spot when you feel like something acceptable and inoffensive, but it won’t really satisfy a real craving for something to tide you over.

If you’re a fan of Will Ferrell and/or Mark Wahlberg, or even simply of The Other Guys, it’s somewhat satisfying to see Ferrell and Wahlberg reunite for another comedy, but it’s too bad that it wasn’t a better, more ambitious comedy. Daddy’s Home never moves beyond the simple punch line of its straightforward premise, and while it manages to get some small laughs here and there, it certainly won’t have you doubled over. 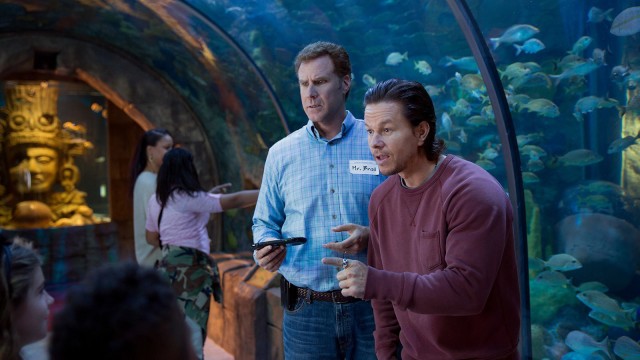 If you’re interested, you might want to wait for the chance to rent Daddy’s Home on a home viewing device, which will cost less money, and save you a trip to the theatre. It’s good enough as a way to fill a space, should you be looking for a functional comedy, but these warring fathers are definitely not ones that you’ll truly grow to love.

Daddy's Home Review
Daddy's Home has some fun with the comedic reunion of Will Ferrell and Mark Wahlberg, but ultimately, the movie is far too bland and unremarkable to truly satisfy, even if it manages a few decent chuckles.
CHARACTERS65%
PLOT55%
DIRECTION60%
THE GOOD STUFF
THE NOT-SO-GOOD STUFF
2016-01-14
60%Overall Score
Reader Rating: (0 Votes)
0%