After a pretty good, though not amazing start to 2016 last week, The Big Bang Theory pretty much maintained that standard this week, with, “The Empathy Optimization.” Presenting another Sheldon-focused episode for viewers to enjoy, this episode was mostly good, if a bit heavy-handed with its core plot.

Surprisingly, this episode didn’t even feature any subplots either. Everything revolved around Sheldon, and was the latest exploration of Sheldon’s ‘oddities’, to put it charitably, in this case, how nasty he gets when he becomes sick. Things begin with Sheldon apparently on the mend, with everyone seeming to be unconcerned for him. They then have to point out why they’re so dismissive of Sheldon’s sickness, namely because he treated everyone in the group so poorly for the duration of his illness. 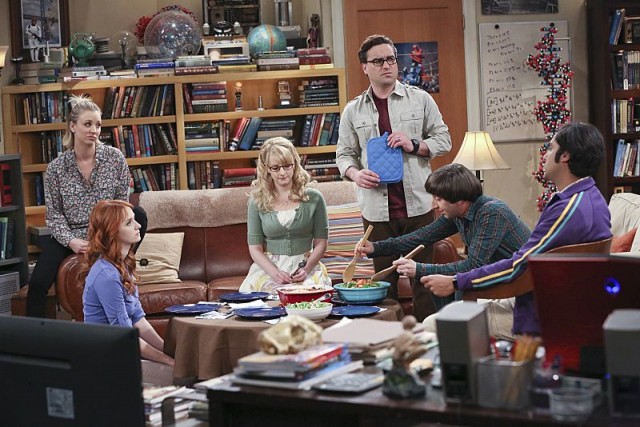 This is a reasonably clever setup for an episode that’s all about Sheldon, even if Amy disappointingly continued to sit it out for the most part, still entirely communicating with Sheldon over Skype from Detroit. The episode tries to justify this by claiming that Amy was hiding from Sheldon when she heard he was sick, since she’s more aware than anyone of how mean he gets in that state, though it’s becoming quite conspicuous to have Mayim Bialik once again sitting out more than one storyline, as she did towards the end of Season Eight in 2015. At least this time, the show is explaining where she is though.

Regardless, as much as the setup was clever, the episode sort of made Sheldon unrealistically vicious while he was sick. It was like he was going out of his way to be as terrible as possible to his friends, which just doesn’t feel like Sheldon. Hell, this very episode even points out that Sheldon is mostly unaware when he’s being annoying or dick-ish, so why is he suddenly going out of his way to hurt his friends for simply trying to take care of him? Even when he’s brought care packages and offered free skin care from Bernadette and Emily respectively, he insults them for no real reason, including claiming that Emily isn’t a real doctor. Um, excuse me? Sheldon heavily embraced dermatology, among many other specialty medicines of a similar nature, in the show’s early years especially. Why in the world would he now be condemning it?!

On the bright side though, at least Emily got her latest chance to be properly involved in a storyline, even though the show is still only acknowledging her existence when it’s convenient. Why not just make Laura Spencer a series regular at this point? She’s stuck around long enough! Anyway, Emily takes it especially personally when Sheldon insults her, which causes a bit of an interesting conflict, especially when Raj’s attempts to defend Sheldon’s behaviour only result in another big fight between the couple. It’s a satisfactory obstacle for Sheldon’s journey to empathy, especially within an episode that’s entirely devoid of subplots, and is held up exclusively by the Sheldon storyline. 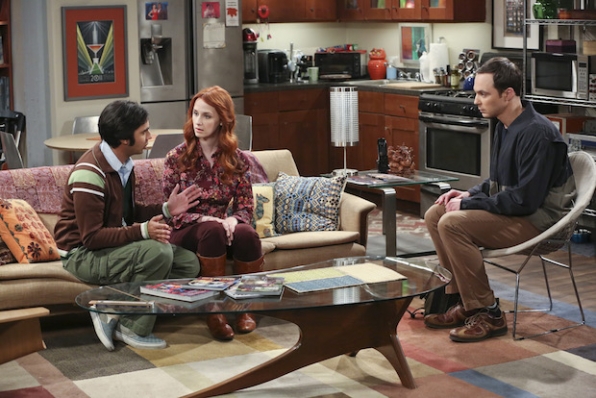 The second half of the episode raises the stakes overall, when the group decides to take a trip to Las Vegas together, complete with party bus, and not invite Sheldon, or Stuart for that matter. Yes, Stuart is still an outcast and a sad sack, and it’s legitimately odd that the episode didn’t make any attempt to address his moving out of the Wolowitz house, even when he’s standing right next to Howard and Bernadette. Anyway, Sheldon complains to Amy, who suggests that Sheldon learn to be more empathetic, which does, in fairness, lead to a pretty sweet montage of Sheldon trying to offer heartfelt apologies to his friends, even if it’s somewhat motivated by him trying to come along on the Vegas trip. Again, it seems odd that Sheldon would be so intent to go to a place like Vegas, especially when he bluntly admits that he sees it as, “America’s urinal cake”, but whatever.

When Sheldon’s apologies still leave him uninvited to the trip, he decides that the best plan is to sneak aboard the party bus with Stuart, though again, it’s on account of a surprisingly sweet motive. Apparently, Sheldon’s OCD left him more at the mercy of Emily not accepting his apology, and Sheldon not wanting to let the group go without Emily forgiving him. Sure, it’s maybe a little selfish on some level, but Sheldon does try to leave and let the group have their fun afterward, complete with ordering Stuart to follow him, even when Stuart wants to stay. In the end though, Leonard decides to call out and allow Sheldon and Stuart to come along, just in time for an uncomfortable epilogue of a shirtless Raj working a stripper pole. Why not? 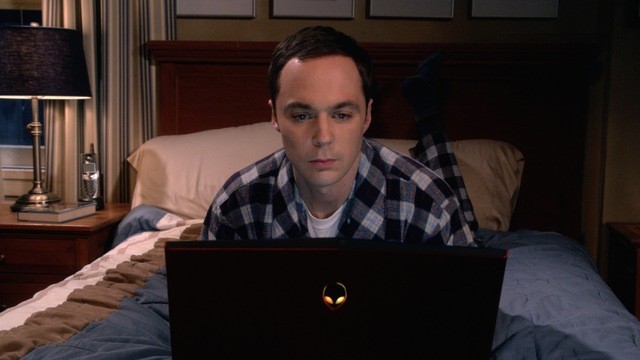 The episode may have gone overboard with trying to portray an antagonistic Sheldon, but its sweet conclusion and strong batch of jokes helped to make it a pretty good episode overall. “The Empathy Optimization” once again presented a great chance for personal growth with Sheldon (even if Amy’s virtual absence was a bummer), but it’s not so bad that the show is continuing to provide a short reprieve from the more emotional and serious Sheldon that most of Season Nine has featured so far.

The Big Bang Theory 9.13: "The Empathy Optimization" Review
The Big Bang Theory focused entirely on Sheldon this week, presenting some great opportunities for jokes and character growth with him, even if some of his latest nastiness felt rather excessive.
THE GOOD STUFF
THE NOT-SO-GOOD STUFF
2016-01-15
82%Overall Score
Reader Rating: (0 Votes)
0%