After a clumsy start to the year with, “Blood Bonds” last week, Supergirl righted itself this week with the emotional and impactful, “Childish Things”, which gave Winn his best episode yet, and introduced a considerable Superman nemesis to the show in the form of Winslow Schott Sr., a.k.a. Toyman.

Yes, we’re getting the payoff to Winn’s family drama and ominous naming this week. It doesn’t disappoint either, as Toyman joins Livewire as one of Supergirl’s better villains-of-the-week, being nicely creepy and unpredictable, particularly in how he plays off of his son. In his own twisted mind, Toyman thinks he’s doing what’s necessary to repair his broken relationship with Winn, and that’s what makes him a strong, semi-complex villain. Supergirl would do well to have more fully-featured, memorable villains like this, and Henry Czerny plays his guest role very well, complete with Toyman’s large, round glasses, even if there’s little else to call back to the character’s DC Comics inspiration, at least in his attire. 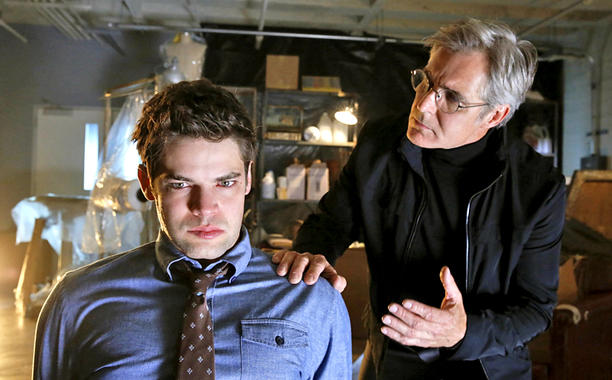 Equally strong was Winn’s angst and fear of turning into his father one day. Toyman gets under Winn’s skin when he talks about how they’re linked, with Winn also recalling that his father was once a normal man, who had almost everything in common with him in fact, until one day, Winn’s father just snapped. Winn fears that the same fate will befall him eventually, which makes for an especially strong and poignant story arc for his character, especially when he ends up declaring his love for Kara as the episode approaches its climax, though since Kara doesn’t reciprocate, they’re left in an awkward limbo space, seemingly with their friendship on the line. I must say that Jeremy Jordan really dominated this episode as Winn, especially with a strong script giving him so much rich emotion to work with in his performance. It really comes together beautifully!

On another note, there were also lots of cool DC Comics nods in the main Toyman arc. The creepy speaking dolls that Toyman builds to call Winn to his location, as well as for atmosphere, nicely resemble a few variations of Toyman from prior DC media, for example. It was also neat to see modern Batman personality and former Chase graphic novel star, Cameron Chase serve as the head FBI agent that’s trying to apprehend Toyman, even though she was played as a straightforward secret agent-type here, hopefully with the option to appear on the show again later at some point. Lastly, it was very cool to see Toyman imprisoned in Van Kull, a Super Max prison located just outside of Superman’s chosen burg, Metropolis that should be recognizable to fans of Superman’s comics, suggesting that Toyman has had some altercations with the Man of Steel in the Supergirl universe. Strangely though, the episode didn’t even mention Superman, despite Toyman being a staple of Supes’ Rogues Gallery of villains, possibly out of fear of upstaging the show’s lead heroine. 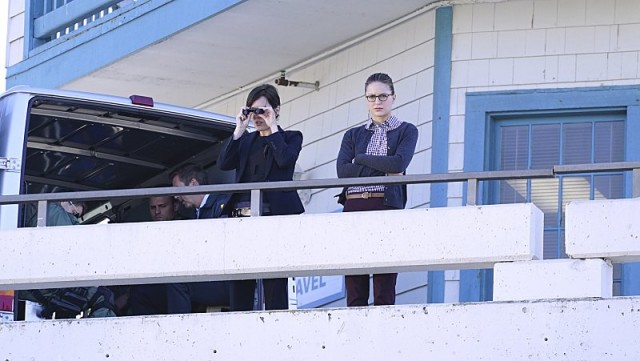 As cool as Toyman was though, there were some story elements with his character that were suspect. Apparently, Toyman has infinite access to all manner of elaborate deathtraps, even in his very own prison cell, where he conveniently has a bladed yo-yo, among other things, allowing him to escape after killing the guards. Where the hell did he get that?! Moreover, he also apparently has a block full of quicksand, which would be perfectly acceptable in DC Comics, but on Supergirl, it just seems weird, especially since Supergirl can’t just fly out of the quicksand for some reason, which really doesn’t make sense, given Kryptonian strength. Finally, the climax with Winn being coerced into shooting the man who stole Toyman’s toy designs and originally drove him to villainy, Chester Dunholtz (another great nod to DC Comics, as Chester Dunholtz was Toyman’s childhood bully that also drove him to villainy), was a great one, but Supergirl freezing sprinkler water to somehow stop ten bomb explosions with zero fatalities, or even injuries, really looks unbelievable. Are we just supposed to believe that the bombs were so crappy that they couldn’t even stop a thin wall of ice?

Beyond the strong Toyman material, we also got an equally strong subplot for Alex Danvers, as well as Maxwell Lord, who is finally, at long last, starting to become a more interesting and tolerable antagonist. That said though, this was also due in part to an interesting background debate with Hank/Martian Manhunter, who resists trying to use his abilities (while also teaching Kara to fly at the start of the episode for whatever reason), believing that they will hurt people. The joint effort by Alex and Hank to get into Lord’s secret Room 52 (because DC), the room that James Olsen took a beating from discovering a few episodes back, was enjoyable to watch, with Alex wining and dining Lord, while Hank has to make use of his Martian Manhunter abilities to sneak into the room, and discover the apparent Supergirl clone. It’s looking more and more likely that this clone is going to be the show’s version of Bizarro Girl, given the reveal that the IV hooked up to her has the ingredients for hydrochloric acid, which should be melting her from the inside out. This reveal likely won’t pay off for an episode or two though, even though the ending of Lord learning that Alex is Supergirl’s sister from a hidden spy cam was nicely hair-raising! 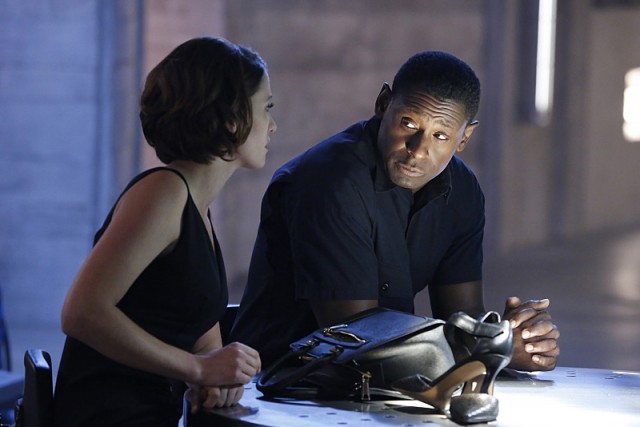 The best part of this storyline was Hank having no choice but to wipe a nosy guard’s memory, which even costs the guy the knowledge of his wife and child, among other important elements of his life. This did a great job of showcasing why Hank is afraid of using his abilities, along with the expected xenophobia that he’s come to expect after fleeing to Earth. As he puts it, Supergirl looks like a nice blonde cheerleader, but Martian Manhunter looks like a monster. It made for great justification as to why Martian Manhunter doesn’t just take up arms alongside Supergirl, and have his own secret identity within the DEO, which many viewers have questioned already. All drama aside though, it was pretty funny to see the disguised J’onn say that Lord’s date with Alex went badly because of his, “Narcissism and unkempt facial hair.”

The only weak link in the episode came from a pretty tedious Lucy Lane subplot, which largely just felt like filler. Cat offers Lucy a job at CatCo, after Lucy has apparently moved to National City to be closer to James (already?), and she asks James about whether she should take it. They have a, frankly, really contrived and silly fight, only to make up right at the end of the episode, with Lucy getting an office upstairs. It was a dull storyline that simply existed to create a thin excuse to add more Lucy Lane plots for later, and separate Lucy from the military. 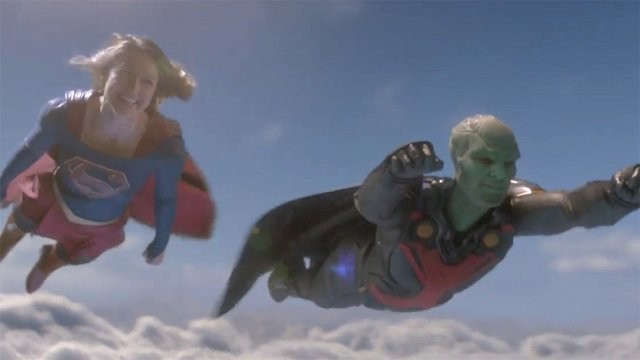 All in all though, “Childish Things” is a great return to form for Supergirl, and made for an especially strong introduction for this show’s version of Toyman. Given Winn’s heritage, it’s very likely that Toyman will re-appear on the series at some point, and the idea of Winn more directly struggling with his father being such a deranged villain is something that could create a great new seasonal arc for his character, especially now that his relationship with Kara is strained. It’s about time that this show got another villain that wasn’t some disposable alien or cybernetic thug!

Supergirl 1.10: "Childish Things" Review
Supergirl returned to form very nicely with a strong episode this week, one that delivered a great introduction to iconic Superman baddie, Toyman to the series, and continued to effectively flesh out the character of Martian Manhunter.
THE GOOD STUFF
THE NOT-SO-GOOD STUFF
2016-01-20
86%Overall Score
Reader Rating: (0 Votes)
0%