Sony’s new selection of free PlayStation Plus games will go live this coming Tuesday, February 2nd. Thus, if you have yet to redeem Grim Fandango: Remastered, Hardware: Rivals, Dragon Age: Origins, Medal of Honor: Warfighter, History: Legends of War – Patton, or Nihilumbra, you have until then to do so, before these games return to their original paid pricing for PlayStation Plus members.

To start, on PlayStation 4, Nom Nom Galaxy will be offered as a free reward. A spectacular blend of genres that includes classic platforming, resource management sim, and tower defense game, among other gameplay elements, Nom Nom Galaxy tasks players with cooking the finest soup in the galaxy, and shifting it to many kinds of hungry, soup-craving customers. The game received decent reviews upon its release last year, with its innovative genre blend and creative gameplay being praised, though its combat and obtuse, occasionally overwhelming mechanics were criticized. Nom Nom Galaxy is also available for PC.

The second free PlayStation 4 reward for February will be Helldivers: Democracy Strikes Back, or, fundamentally, Helldivers. With the co-op top-down shooter offered with all of its latest content updates, Helldivers tasks players with taking on unending armies of killer alien bugs, while accomplishing objectives and fighting with their allies in super-challenging gameplay. Helldivers’ intensity and challenge, along with its fun top-down shooter gameplay, was praised by critics, though its occasionally frustrating gameplay and lack of solo play accommodations were criticized. Helldivers is also available for PlayStation 3, PlayStation Vita, and PC. Better still is that the PlayStation versions of the game are cross-buy, so redeeming this free reward on any platform will score you the other two PlayStation builds for free! 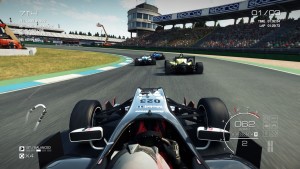 Next, the first PlayStation 3 reward for February will be Grid: Autosport. An attempt by Codemasters to return to their roots of high-quality, customizable racing, Grid Autosport allows players to tailor their racing experience to their liking, as players pursue a Career Mode that allows them to develop and freely switch between their chosen driving disciplines. Grid: Autosport received good reviews upon its initial release in 2014, with its huge variety of cars and potential challenges, smooth online play, and satisfying driving mechanics all being praised, even if some took issue with the needlessly slow gameplay progression. Grid: Autosport is also available for PC, Mac, Linux, and Xbox 360. 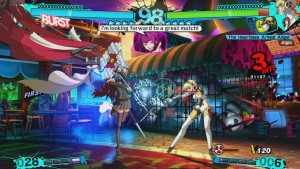 The second free PlayStation 3 reward for February will be Persona 4 Arena Ultimax. A sequel to the original 2D fighter collaboration between Atlus and Arc System Works, Persona 4 Arena Ultimax once again draws the protagonists of hit Atlus RPG, Persona 4, along with equally beloved personalities from Persona 3, into the twisted world of the Midnight Channel, for one last killer showdown. Persona 4 Arena Ultimax received very good reviews upon its initial release in 2014, with its deepened fighting mechanics, appealing graphics and engrossing selections of storylines all being praised, despite some critics feeling that the game felt like a bit of a recycled sequel. Persona 4 Arena Ultimax is also available for Xbox 360. 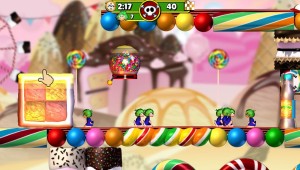 Finally, the first free PlayStation Vita reward for February will be Lemmings Touch. This latest installment in the fan-favourite puzzle game series brings the long-running Lemmings series to Sony’s current handheld for the first time, allowing players to use touch inputs to guide their horde of Lemmings to survival in over a hundred challenging new level designs that want said Lemmings done! Be careful though, as new Mischievous Lemmings aren’t to be saved, and must be destroyed before they reach the level exit. Lemmings Touch received middling reviews when it released in 2014, with some praising the touch capabilities, while others criticized its technical issues and overwhelming need to manage excessively large-scaled level designs on a handheld.

Lastly, the second free PlayStation Vita reward for February will be Nova-111. An interesting hybrid between real-time action and turn-based strategy, Nova-111 has players entering their trusty orange vessel to track down several missing scientists, who became lost in the vortex of real-time. Nova-111 received decent to good reviews when it first launched last year, with its novel blend of gameplay genres and well-polished learning curve being praised, even if the game was considered to have come up short in the creativity and charm department. Nova-111 is also available for PlayStation 4, PlayStation 3, Wii U, and Xbox One. The game is also cross-buy on PlayStation platforms, so redeeming the game on any platform will net you the other two PlayStation builds for free as well!

Sadly, February feels like another disappointing month for PlayStation Plus, given that many of the free rewards have received underwhelming feedback from critics and players. Strangely, it once again feels like PlayStation 3 owners are getting the best deal this month, with Grid: Autosport and Persona 4 Arena Ultimax both being great games that are well worth your attention, though Helldivers is also not a bad reward for PlayStation 4, especially since it’s cross-buy. Nom Nom Galaxy, Lemmings Touch and Nova-111 all sadly feel like indie experiments that were only half-successful though, making this a PlayStation Plus month that’s pretty uneven at best.