In September, Nintendo outlined its plans for its first mobile title, Miitomo. The social network app is being developed by Japanese outfit DeNA alongside the Kyoto-based gaming giant.

In Nintendo’s Shareholder Meeting, it was announced that registration for the app is set to launch on February 17th across 16 countries and eight languages, while the app itself will launch in mid-March in Japan and late-March across the rest of the world. The app will be released on iOS and Android.

The information, revealed via presentation slides during the meeting, also highlight some other interesting facets of Miitomo. Integration with “various social network services”–we presume Facebook, Twitter, and possibly Instagram–will allow users to share photos via a feature called “Mii Photo”. It is unclear what kind of photo sharing service this will be, though we’re hoping that Nintendo makes it easy to share game screenshots, potentially bringing more gamers into the fold.

Pre-registration begins in under two weeks, and Nintendo says that those interested will register with their Nintendo Account, though it is unclear whether they refer to Nintendo Network ID or the upcoming My Nintendo. Perhaps the latter will be launching alongside the registration portal on February 17th.

DualShockers has done some heavy lifting and created an image with loose Google translation below, so take a look and let us know if you spot anything new! 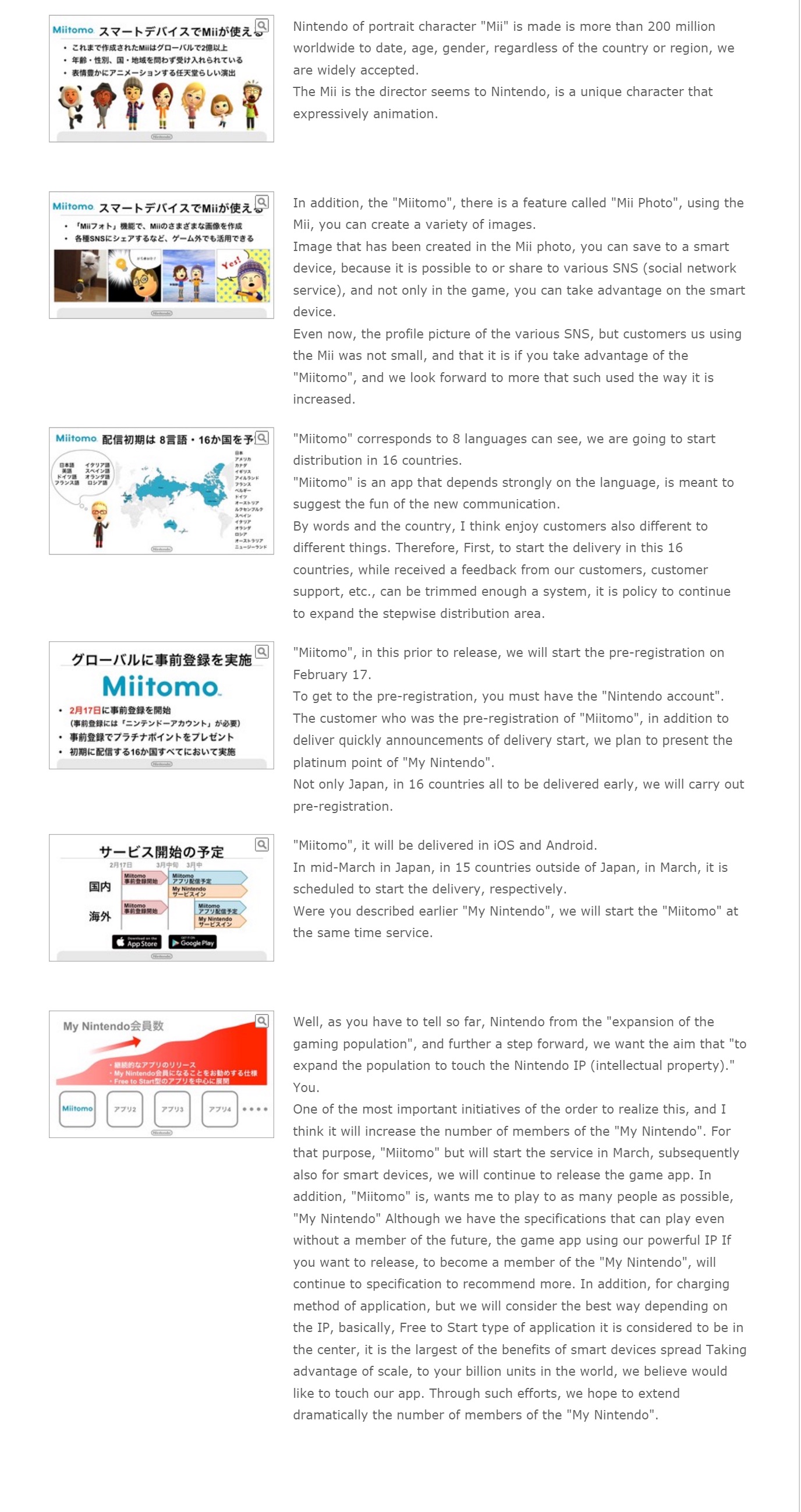