Agent Carter has mostly maintained a light-hearted tone throughout its current season, though that seemed to end in the second episode of the two offerings this week, “Monsters.” An intense and sobering episode that ended with dire consequences for Peggy’s team, “Monsters” reminded us of just how deadly the evil forces threatening the retro Marvel Cinematic Universe are, and could stand alongside, “Smoke & Mirrors” as one of the best episodes of the entire second season!

Things begin with Peggy keeping tabs on Whitney as she spins a story about the death of her husband and several members of the Council of Nine from the events of the previous episode. Whitney makes a not-so-veiled threat after seeing Peggy in the audience of her funeral press release for Chadwick, and that leaves Peggy resolving to rescue Dottie. Needless to say, that’s a controversial decision, though Peggy’s stubborn virtue won’t yield. This goes beyond being the right thing to do however, and also involves Peggy facing the fact that she’s responsible for dragging Dottie out of jail, and using her for the Zero Matter sample from Whitney. Peggy may have no powers, and may have lost Captain America, but it’s moments like this that still prove that she’s a worthy Marvel heroine in her own right! 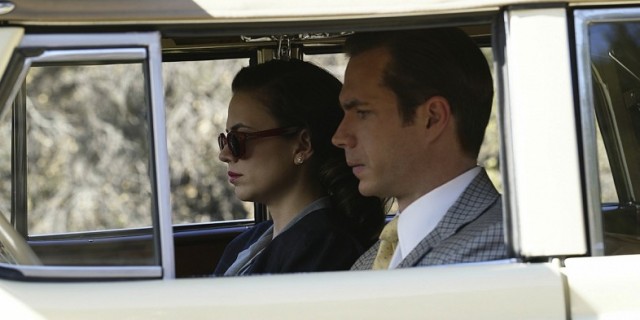 Meanwhile, Dottie is facing Vernon Masters, confined to a chair, and threatened with all manner of torture. This was a squeamishly delightful moment, even with no torture occurring on-screen, as Dottie recounts all of the ways that she’s trained herself for torture, by pulling out her own teeth and fingernails, taking a blowtorch to her skin, and a few other things. Vernon can’t break her, and we know that she’s telling the truth. That makes the subsequent moment with Dottie and Whitney, where Whitney’s Darkforce abilities instantly break Dottie and render her co-operative and terrified, feel all the more scary and powerful. Whitney is definitely not a forced to be trifled with at this point, even for Dottie! Even Joseph Manfredi has willfully entered Whitney’s service at this point, though he’s not seen very much in this particular episode.

After Whitney takes over torture duties, she directs Vernon Masters to getting the SSR’s nose out of their affairs. This involves Masters paying a visit to Sousa, and trying to force him to drop the investigation into Zero Matter. Sousa won’t back down of course, which leads to Masters sending men that night to kick the crap out of Sousa, coming back to him the next morning to see if Sousa has changed his mind, all but directly admitting that he was behind the attack. Like Whitney, Masters is starting to take the gloves off, and is using more direct means to bully the heroes into submission, and it’s making him all the more dangerous as an antagonist! 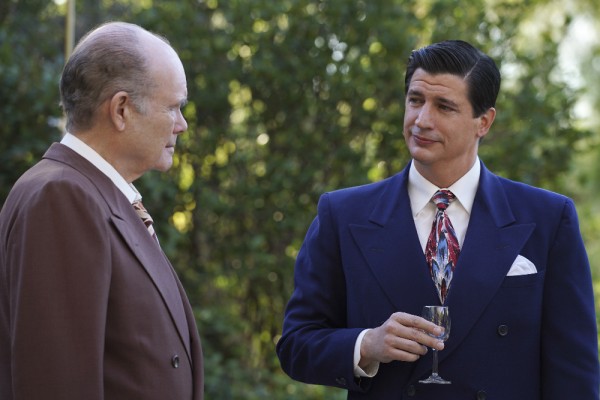 Fortunately, the episode wasn’t all darkness and horror. We got a welcome chance to see Peggy and Jarvis reunite for a good old-fashioned operation together this week, namely through rescuing Dottie from the Chadwick estate. They even bring a new Howard Stark gizmo, which incapacitates any guards in front of it with a major concussive shockwave… Or so it’s supposed to. The thing conveniently doesn’t work when Jarvis tries to input the code, which, predictably, is a beautiful actress’s measurements, and that leads to Peggy and Jarvis getting captured by guards and imprisoned with Dottie. When Peggy and Jarvis are trying to escape from the same confined room as Dottie however, Jarvis realizes that he inputted the wrong actress’s measurements, and accidentally primed the timed detonation, which ends up self-destructing the machine, and doing a lot more damage than he planned! Fortunately though, this does allow Peggy and Jarvis to escape, and to take Dottie with them.

The real emotional stakes were yet to come though, as Ana Jarvis dines with Wilkes, after Wilkes successfully builds a containment cell to maintain his mass, and prevent him from fading. The two have a heartfelt moment of bonding, though this is interrupted shortly after Peggy, from a distance, realizes that the trap that Whitney would inevitably set was not for her, but for Wilkes! With Wilkes unguarded and only left with Ana (and the Jarvis-themed security system naturally being completely useless), Whitney draws Wilkes out of his cell, and both she and Joseph Manfredi prepare to run off with him. Ana tries to stop him, with Whitney initially appearing to be civil, though after Peggy and Jarvis return, she shoots Ana in the side and speeds away with Manfredi and Wilkes in a getaway car, leaving a distraught Jarvis to scream for help for his wife.

This is probably the first time that an episode of Agent Carter has concluded on a note this somber and dramatic. Ana is rushed into surgery, and takes quite a while, leaving Peggy and Jarvis to wonder whether she’ll be alright. We never get an answer, and to make matters worse, Peggy asks a wandering cop to watch Dottie in confinement. Dottie inevitably escapes though, killing the cop in the process, and is once again in the wind. Things couldn’t have ended any worse for our heroes this week, and having a two-for-one offering of episodes ending on this note was something very harrowing indeed for this miniseries!

Nonetheless, Agent Carter still hit another awesome high point with, “Monsters.” The episode’s straightforward title was apt, as it sees the show’s villains becoming more aggressive, and the consequences for bystanders becoming more apparent. Even if Ana survives surgery, who knows whether she’ll walk again, or otherwise make a smooth recovery? Who knows what the unleashing of Dottie on the world again will mean for the population of Los Angeles, or anywhere else? Given that we have three episodes left, some big bad consequences are bound to happen very soon, and the repercussions of these failures won’t waste any time hitting Peggy hard!

Agent Carter 2.7: "Monsters" Review
The second of two new episodes this week proved to be the darkest and most harrowing episode of Agent Carter to date, though was nonetheless a highlight episode for Season Two, as we begin to see just how vicious the show's villains truly are!
THE GOOD STUFF
2016-02-19
96%Overall Score
Reader Rating: (0 Votes)
0%