The cast of next year’s DC ensemble movie, Justice League: Part One is slowly starting to materialize, as the movie prepares to properly enter production. Another recognizable DC Comics personality has now joined the movie as well, and one that has appeared as a staple of Batman media for decades! Official source, The Hollywood Reporter broke the news today that J.K. Simmons has been cast as Commissioner James Gordon in Justice League: Part One! Evidently, the character isn’t featured in this month’s Batman v Superman: Dawn of Justice. 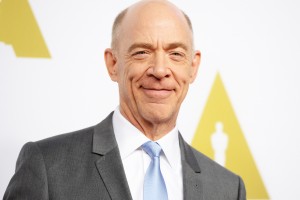 This seems to officially kill the pervasive rumour regarding Gordon’s character in the DC Extended Universe, which suggested that Gordon was dead by the time of events in Batman v Superman: Dawn of Justice, and was possibly one of the victims of Jared Leto’s Joker, who will make his big screen debut in this August’s Suicide Squad. It would seem that the GCPD Commissioner is alive and well after all in the DC Extended Universe, even if he doesn’t appear to have a role in Batman v Superman: Dawn of Justice.

At this point, the scope and details of Gordon’s role in Justice League: Part One are unknown, though it’s likely that Simmons is signed for multiple DC Extended Universe movies, and will likely appear again in the in-development solo Batman movie starring Ben Affleck’s Dark Knight, along with possibly Justice League: Part Two in 2019. Simmons’ incarnation of the character will also stand alongside the young, upstart detective incarnation of Gordon that’s portrayed by Ben McKenzie on FOX’s highly successful pre-Batman television series, Gotham.

Simmons is of course no stranger to portraying recognizable comic book personalities, as he famously played the beloved live-action incarnation of comically unpleasant Daily Bugle editor, J. Jonah Jameson in Sam Raimi’s classic trilogy of live-action Spider-Man movies made for Sony Pictures. Simmons was rumoured to be in talks to reprise the role for Sony’s now-aborted The Amazing Spider-Man 3 as well, despite it being in an entirely new canon from Raimi’s movies, and also voices Jameson in Disney XD’s Ultimate Spider-Man cartoon, despite that also having nothing to do with the canon of Raimi’s movies. Less known however is that Simmons also lent his voice to the DC Universe on prior occasions, voicing characters on both the Justice League cartoon, as well as Batman: The Brave and the Bold. 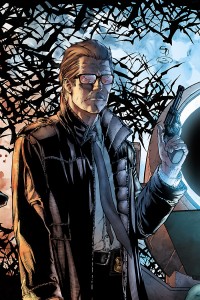 Justice League: Part One hits theatres on November 10th, 2017. It also stars Henry Cavill as Clark Kent/Superman, Ben Affleck as Bruce Wayne/Batman, Gal Gadot as Diana Prince/Wonder Woman, Ezra Miller as Barry Allen/The Flash, Ray Fisher as Victor Stone/Cyborg, Jason Momoa as Arthur Curry/Aquaman, and Amber Heard as Mera. Green Lantern was recently confirmed to officially not be part of the movie, though he may make his debut in 2019’s Justice League: Part Two. Director, Zack Snyder has also implied (though not confirmed) that the movie’s villain will be technological Superman baddie, Brainiac.

Keep investigating Eggplante for all major news and updates on the DC Extended Universe movies.