After the long hiatus since December, and with the second season of Agent Carter now wrapped, Agents of S.H.I.E.L.D. has returned, picking up after the events on Maveth, which see big new developments for the series. Well, eventually, I would assume. What’s surprising about, “Bouncing Back” is that, for a midseason premiere, the episode didn’t really have that much fanfare, especially given the long wait for new episodes since last year. Instead, it felt like a crowded filler episode that was scrambling to set up plot threads for the rest of Season Three, particularly in regards to the continued building of the Secret Warriors.

Fortunately, it’s satisfying to see the Secret Warriors start coming together, even if the latest development with the team doesn’t have much bearing on the over-arching narrative of the season. After local law enforcement loses a big stash of guns to an apparent blur, the S.H.I.E.L.D. crew pays a visit to Bogota, Colombia, where they run afoul of a speedy Inhuman named Elena Rodriguez, who can speed forward at insane distances, though snaps back to her previous location upon her next heartbeat.

If you’ve read some of the newer Secret Warriors comics from Marvel, then you may get an inkling of who this character is supposed to be. Yes, this is the Marvel Cinematic Universe incarnation of Yo-Yo Rodriguez (also sometimes called ‘Slingshot’ in the printed panels), a regular member of the Secret Warriors in the newer history of Marvel Comics, at least, before the big universal reboot shook up the Marvel Comics Universe in recent years.

Regardless, Yo-Yo Rodriguez doesn’t speak English, and even kidnaps Mack temporarily, believing him to be a bad man working for the local police. Since the police are corrupt, Rodriguez was stealing their weapons, then having her cousin throw them in the river, to help save the people around her city. The show does a decent job of potentially painting Rodriguez as a seemingly dangerous Inhuman, though the truth soon comes out that she was actually trying to do good, which will really resonate with viewers, since they also would have believed that Rodriguez was bad news before the truth came out, which plays nicely into the season’s theme of Inhuman prejudice and distrust. 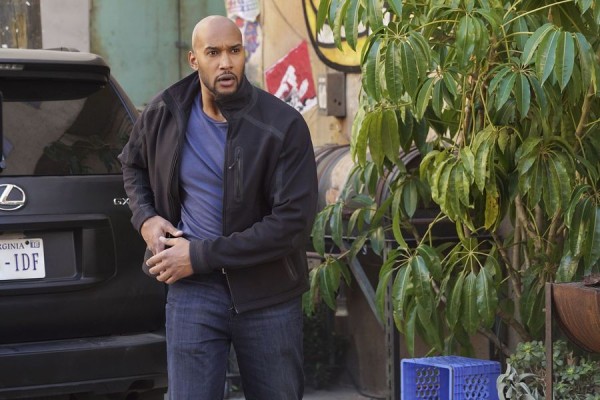 Speaking of, President Ellis makes a return in this episode, with William Sadler yet again portraying America’s commander-in-chief for the MCU. Ellis and Coulson reach a sort of understanding with S.H.I.E.L.D.’s involvement in the Inhuman situation, pretty much defusing the conflict that was in place with the ATCU earlier in the season, no doubt because there’s no longer any room for that conflict, given the myriad story developments that Season Three is now juggling. Still, the promise of re-incorporating General Talbot as the new head of the ATCU, which is revealed in the episode’s epilogue scene, is an inspired move, and should prove to be a great way to link the current Inhuman conflict with the events of earlier seasons of Agents of S.H.I.E.L.D., when Talbot was a big old thorn in Coulson’s side.

Anyway, the rest of the main conflict has Bobbi and Hunter captured by Colombian law enforcement, who apparently have an Inhuman that can temporarily petrify people with a gaze, prompting the Secret Warriors to step in and start tearing apart the local precinct for a climax. The super-powered action in this episode is at least pretty stylish and thrilling, which helps to distract from the fact that this conflict is pretty forced and disconnected from the season’s many other current plot developments. Nonetheless, it gives HYDRA an opportunity to scoop up another Inhuman for Malick’s collection, though Rodriguez decides to formulate an alliance with the Secret Warriors, on the promise that they don’t take her out of Colombia. This seems to lay the groundwork for the Secret Warriors being spread across the globe, rather than a singular unit under Coulson’s direct command, which is certainly ambitious, but I suppose it’s not impossible.

As for Malick’s side of things, it presented some promising developments for things to come, though for now, the HYDRA situation isn’t really moving forward, which is another disappointment in this midseason premiere. The revived and possessed Grant Ward does enter Malick’s custody, with the showrunners confirming that he’s meant to be the Marvel Cinematic Universe incarnation of Hive in a recent interview, a very recent addition to Marvel Comics lore, and a key antagonist of the Secret Warriors in the printed panels. Whereas Hive is a HYDRA experiment in the comics, the idea of making him an especially powerful and ancient Inhuman for the MCU is pretty interesting, which is why it’s a bummer that Hive pretty much just sits there and watches television for this entire episode. No, seriously. Hive does eventually say something about making Malick’s telekinetic henchman a believer right at the end, though we don’t really see what this means yet.

If you’re pulling for Fitz and Simmons’ relationship, they also finally sort their stuff out… Mostly. They have some tension while helping Coulson and the rest of the crew do their work, and eventually, Simmons just proclaims that she misses Fitz, and they have to start over. That’s where we leave it. I don’t understand why the show is dragging out the inevitable romance between these two, even now, though as long as the season can do something interesting with this, I suppose it’s alright. Still, haven’t Fitz and Simmons had enough obstacles on the road to love by now? 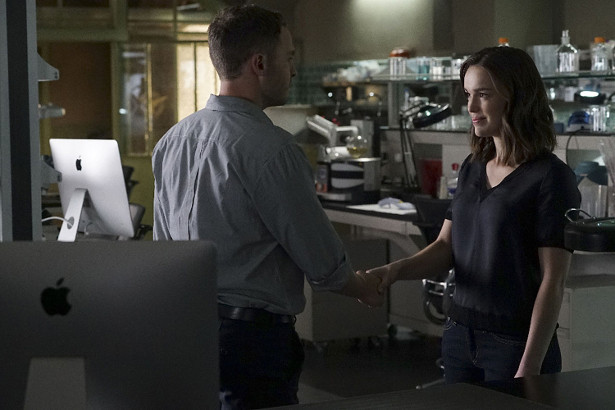 It’s great to have Agents of S.H.I.E.L.D. back, and as superb as Agent Carter is, these extended waits for the series’ midseason returns can be pretty tough. Still, despite the anticipated return of this great show, this midseason premiere was a bit middling. It certainly wasn’t bad, though it definitely wasn’t awesome. It feels like the show is stuck trying to lay the foundation for better storylines later at this point. That’s fair enough, though it’s hardly the best way to start getting viewers back into the excitement in short order, after several months of this show being off the air.

Agents of S.H.I.E.L.D. 3.11: "Bouncing Back" Review
Agents of S.H.I.E.L.D. finally returned this week, with a good, though crowded midseason premiere that largely felt like it was setting up for far better events to come, especially for the Secret Warriors.
THE GOOD STUFF
THE NOT-SO-GOOD STUFF
2016-03-09
76%Overall Score
Reader Rating: (1 Vote)
75%