The CW looks to be ripe to expand to becoming a much larger network by next season! Not only is the network looking at six potential pilots to spearhead new shows for next season, but it also confirmed today that it would be renewing every scripted show that it currently has on the air! Yes, even the long shots that were thought to be guaranteed a cancellation by May! 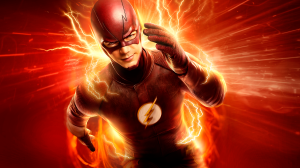 This means that the only confirmed CW cancellation for a scripted series after this season will be Beauty and the Beast, which will air its fourth and final season this Summer, as The CW previously confirmed. The fate of pandemic-themed series, Containment is also up in the air, since it won’t actually premiere until April 19th, so the network obviously has no data from that series yet.

The renewal of The CW’s hugely popular bloc of comic book shows should come as no surprise, as the trio of DC shows on the network continues to dominate almost all of the others in viewership, with Vertigo/DC series, iZombie scoring slightly smaller ratings counts, but still soaking up tons of acclaim from critics and audiences, securing it a third season pretty easily. The Flash is an absolute juggernaut meanwhile, being by far The CW’s biggest show in ratings and acclaim, so its renewal for Season Three is a no-brainer, as is the return of sibling series, Arrow for Season Five, since it’s the second-biggest show on the network, only trailing The Flash. DC ensemble series, Legends of Tomorrow was rumoured to be planned for cancellation, due to ballooning budget concerns at the network, but this rumour has obviously now been proven false, since Legends of Tomorrow is officially coming back for Season Two, after its own big ratings and positive reception.

The return of Supernatural was also likely, despite the show’s advanced age, since its ratings and feedback are still quite respectable, and its average viewership is only trailing the average viewership of the network’s DC shows. Now that it’s officially returning for Season Twelve, Supernatural will ultimately pass 250 episodes, and secure a new record for the longest-running series on The CW, even back when it was known as The WB Network, which was formerly held by long-running drama series, 7th Heaven. This also comes after Supernatural broke the record for the longest-running sci-fi/fantasy series in television history this season, which was formerly held by another former CW series, that being Superman prequel series, Smallville. 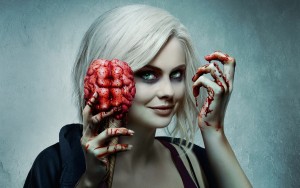 Similarly, Jane the Virgin’s renewal also no doubt comes from the acceptable viewership and high acclaim it’s generating, though unlike Supernatural, it also has youth on its side, as it’s only entering its third season this Fall. This is much the same for The 100, a lower-rated, but highly acclaimed sci-fi survival drama inspired by the novel series of the same name, which delivers shorter helpings of episodes during midseason. Given the passionate following behind The 100, many will no doubt be pleased that the lower-rated series still managed to get another season, and will return for Season Four, likely in 2017.

It’s a bit surprising that The Vampire Diaries is managing to scrape on, despite the decline in demand for vampire media in recent years, plus the loss of former lead actress, Nina Dobrev, though spin-off, The Originals is still generating enough viewers to justify its return. Reign was entirely believed to be getting the axe after this season however, due to its very low ratings, and the fact that it’s already been banished to the wasteland of Fridays by the network, alongside The Vampire Diaries, making it the most shocking renewal of the lot. Even the return of freshman cult musical-comedy series, Crazy Ex-Girlfriend was unlikely, given its low viewership, though it seems that the network has enough faith in it to allow it to continue on.

Keep tuning in to Eggplante for all major news and updates on The CW’s programming slate.