Bruce faced his demons directly at last in Gotham this week, as he’s finally led right to the doorstep of his parents’ killer, Matches Malone. Now that the whole two-part Mr. Freeze origin is out of the way, the show was allowed to go back to tighter storytelling, and this resulted in a particularly strong episode in, “This Ball of Mud and Meanness”, particularly in how it effectively foreshadows not just the demons of Bruce’s present, but also his future, when he eventually dons the mantle of Batman.

With Alfred tagging along to Bruce’s first lead, a former associate of Matches, the two wind up in the territory of a colourful and violent street gang called, “The Mutants.” This was the first of many entertaining nods to Bruce’s future as Batman, as The Mutants are the evil gang of villains that an aged Batman faces off against in famous DC graphic novel, The Dark Knight Returns, so it was fun to see them actually made into a part of Gotham’s canon. 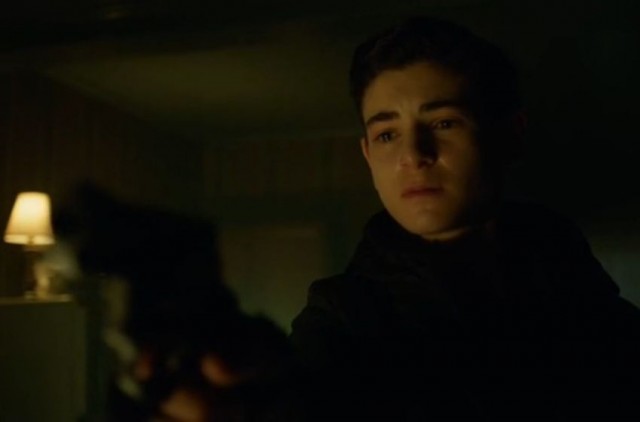 Less fun however was the end result of another badass scene with Alfred however, when he’s forced to take on the Mutant boss, the former associate of Matches, to get information on the killer’s whereabouts. The fight itself was fantastic, especially when Alfred inevitably wins, but that just makes it incredibly frustrating when Alfred stupidly passes out like a cartoon character, and then spends almost the rest of the episode in the hospital, again. How many times has Bruce inadvertently put Alfred in the hospital now? Yes, it serves as an excuse to prevent Alfred from dragging down a Bruce-centric storyline, but it’s still very annoying that hospitalizing Alfred seems to be the only way to remove him from Bruce’s side.

Fortunately, after that nuisance, the rest of the episode picks up well, and becomes remarkably smart and entertaining. Bruce is next led to a hidden night club that appears to be obsessed with the Maniax, the band of insane criminals that Theo Galavan assembled at the start of the season. This served as another fun nod to the future, as the club is full of several people that resemble the colours and appearance of The Joker, suggesting that the dark seed of The Maniax is continuing to inspire future Gotham City menaces, with the man (or boy) who will one day become The Joker possibly hiding in the crowd of club attendees, as Bruce goes to chase the next Matches lead. 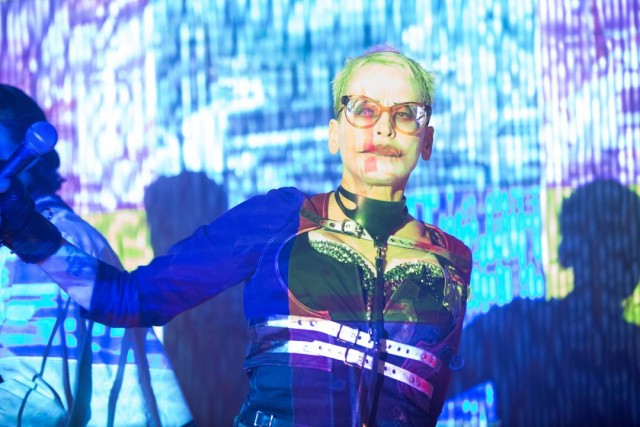 Lori Petty also proved to be an entertaining, if slightly superfluous guest presence this week too, having a Glasgow-smile esque colour of lipstick, green-tinted hair and chalk-white face paint, all of which provided the most blatant of Joker teases in the episode. Obviously, Petty is not playing The Joker, but it was another cool piece of the puzzle that the ultra-complex, thoroughly mad personality of The Joker will one day pull together as Batman’s greatest foe. Even Petty’s dialogue felt like it nicely foreshadowed the GCPD’s future dealings with the Clown Prince of Crime, as she gets arrested by Gordon, then laments that he’s not, “Fun” during her interrogation, and even asking what time it was before answering Gordon’s big question, which was a neat nod to the most famous Batman movie of the lot to date, The Dark Knight.

Petty’s character is the one who ultimately points both Bruce and Gordon to the location of Matches Malone, and Bruce’s confrontation with Matches is one of the best moments that his character has had in the history of the series to date! Having Bruce stare down his parents’ killer, then hear the account of Matches, a tired and world-weary assassin who, as he puts it, has grown exhausted from doing wrong and going unpunished, was very dramatic and emotionally powerful. Matches almost seems to welcome death, and this throws Bruce off, ultimately having Bruce lose his nerve and decide not to kill Matches, leaving the gun on the table before he exits Matches’ apartment. Gordon arrives at the same time, though not fast enough to prevent Matches from committing suicide, which leaves the question of who hired him to kill Bruce’s parents shrouded in mystery. 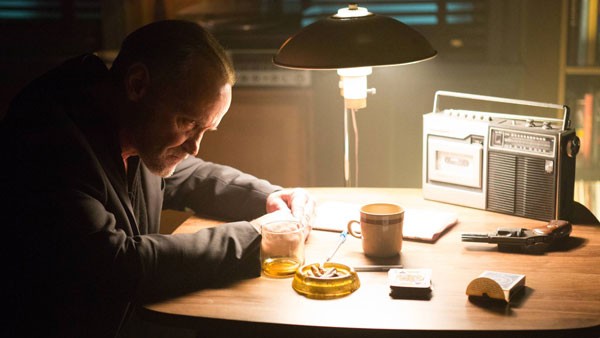 It was awesome to have such a strong Bruce plot this week, even if it didn’t truly hit its stride until Alfred was taken out of the picture. The conclusion of having Bruce live on the streets with Selina temporarily, to get a better sense of street life and criminal psychology, was also a good turn that should keep Gotham plenty interesting for the rest of the season, especially when this step is an essential part of Batman’s backstory in most DC media. It should also hopefully give Selina more to do, since Selina has kind of sat in the background for the past several episodes, with the show seeming to not totally know what to do with her after the whole Bruce/Silver St. Cloud arc concluded.

The subplots of this episode beyond Bruce were also pretty strong, as we get more fantastic material with Hugo Strange, and how he’s experimenting on Penguin. Seeing Leslie continue to poke into the disappearance of Kristen Kringle was also nicely ominous, and wisely didn’t overtake too much of the episode. Both of these storylines ended on a nice, satisfactory note, as Penguin is eventually tested and declared sane, before being released from Arkham, though unbeknownst to him, Strange’s experiments with Penguin are far from finished. Likewise, Nygma continues to psychologically crumble, eventually ending the episode by preparing his first clue-driven crime, seemingly planned for Gordon. We’ll no doubt see the result of that unnerving green question mark on Gordon’s newspaper photo next week. 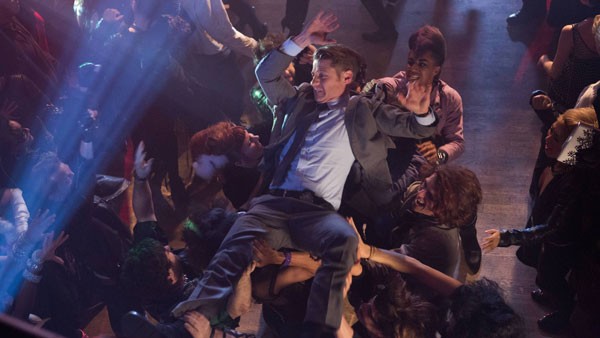 Gotham can still be a bit of an uneven series at times, even in its second season, but when this show works, it works incredibly well. “This Ball of Mud and Meanness” represented a moment of this show really working on virtually all fronts, with Bruce starting on a new path in the wake of his personal struggle, and the villainous personalities of Gotham City all doing interesting things, without needing to keep teasing the coming of Batman that we ultimately won’t see on this show. With Bruce on the streets, Strange continuing to experiment on Penguin from the shadows, and Nygma about to make his big debut as The Riddler, Gotham feels like it’s taking several satisfying steps to a good, tightened back half of the season, and that’s great news!

Gotham 2.14: "This Ball of Mud and Meanness" Review
Bruce Wayne confronts his parents' killer in a particularly strong episode of Gotham, one that also excelled in its subplots with Penguin and Nygma.
THE GOOD STUFF
THE NOT-SO-GOOD STUFF
2016-03-15
85%Overall Score
Reader Rating: (1 Vote)
85%